It might as well be Felix, but it’s not 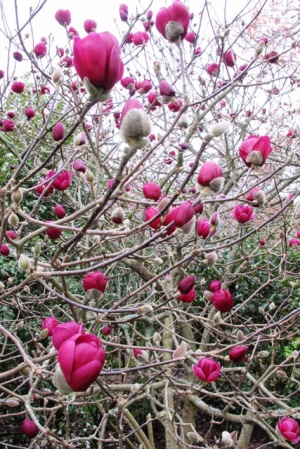 Magnolia time. Many are surprised to hear that Felix Jury only ever named eight magnolias. Mark has only named and released three so far (with a fourth in the pipeline) despite raising and trialling hundreds. Why so few? We are picky. With the benefit of hindsight, we would probably have released only seven of Felix’s eight. Atlas was named for flower size but really is not up to the quality of the others in terms of long term performance.

We can do plenty of ring-ins, generic copies, slight improvements or variations. But while roses and camellias are like buses (there will be another one along in a few minutes), we see magnolias as being for the long haul. They are nowhere near as easily hiffed out and replaced and most people can only fit one or two into their garden. To name something new means it must be a breakthrough, a major improvement on what is already available. It takes years to trial and select a new magnolia and we like to be very confident with our releases. We took another walk around this afternoon, looking at the lookalikes. At this early to mid season stage, it is still the stronger colours that dominate. I will update as the pales and whites come into full bloom.

Or how about Bambino Tulip?

It’s not Black Tulip, but it might as well be

Genie to the left, our seedling to the right

Our equivalent of Ruby 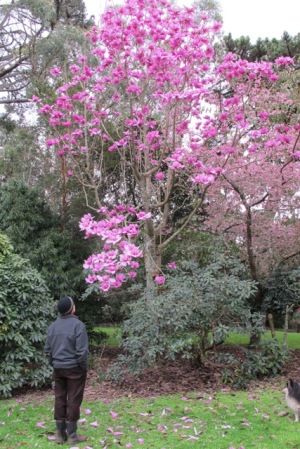 Lanarth sets the standard. Is this significantly better? Probably not. 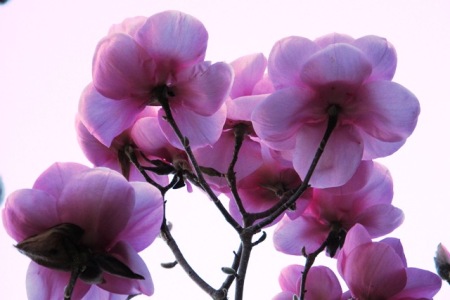 But maybe there is a future in patio magnolias?