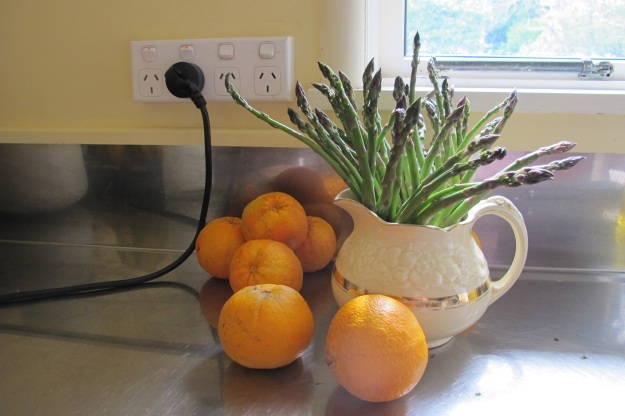 This scene reflects experience and resources

Vegeconomists are people who suggest that the poor should be growing their own food at home. I had not heard the word until it came up on social media this week but boy, I have heard the sentiment. Often. Usually in the context of, “What is wrong with these people? Why don’t they just get off their chuffs and plant potatoes and cabbages in the garden to feed themselves?” (Can you tell it is election time in this country and one of the big issues is the rising incidence of poverty and the growing gulf between the rich and the poor?)

There are many, many good reasons to grow your own vegetables but saving money is not usually one of them. And I would bet that the judgemental vegeconomists I have heard on this matter have not actually done it themselves. Or if they have, it was when the world was a very different place forty years ago and they are now speaking with a rosy glow of smug nostalgia. 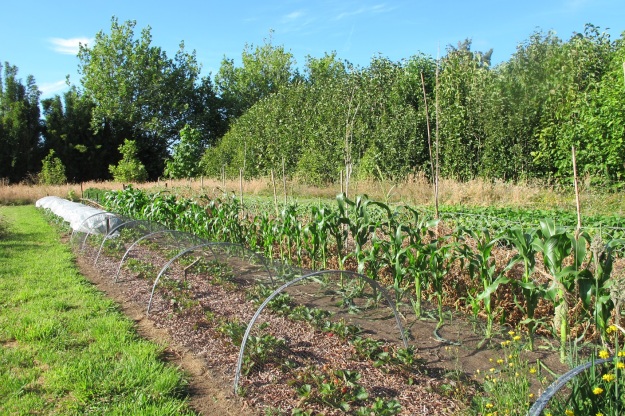 It is not impossible to save money growing your own veg but it takes experience, timing, the right conditions, planning and a fair amount of good fortune. And good land. I dispute that you can save money on a square metre of garden and a few pots. Mark is of the view that it is possible to save money on winter salads. We eat salad every day, fresh from his garden, and the daily fresh greens and other raw ingredients would indeed command a premium in the off season at the supermarket or greengrocer. Mark has been vegetable gardening since we moved out to a country cottage the first year we got married so he brings over four decades of experience to the edible garden. These days, with more time and a lifetime of resources, – including things like moveable cloche frames, a propagation house, bird netting and plenty of posts and poles to hold the netting up, a fully functioning compost heap plus a small tractor to cart the compost if more than a few barrow loads are needed, along with plenty of good land with good shelter – yes, these days his vegetable gardening is very productive.

Sorting the apples for winter storage (in the second fridge)

We have also learned which vegetables and fruit store well and how to eat with the seasons. And that involves a deep freeze and a second fridge. We ate the last apple from autumn this week, the last frozen asparagus from November 2016 and I think there is only one packet of frozen broad beans left though there is still plenty of frozen corn. We are eating soy beans instead of borlottis this year because the borlotti bean crop failed but the soy bean crop was remarkably good. There is still an open verdict on the success or otherwise of the surplus brussel sprout crop which is fermenting into sauerkraut at this very moment.

So, please spare me from glib pronouncements that people can solve their poverty related issues by planting silver beet and taties. I have a great deal more respect for those experienced growers who get out there and work with community gardens to foster a love for growing your own, or with schools to encourage children to appreciate that fresh is indeed much nicer. But the economies of mass production mean that in dollar terms, it will almost certainly be cheaper for most people to buy vegetables than to grow their own.

All this was eclipsed, I must say, by the gentleman from down south somewhere who took it one step further on social media. There was, he asserted, no reason for hunger in New Zealand when people could grow their own food and head out to the country to kill a wild goat for meat. I do not think he meant a tethered goat like this handsome fellow from up the road. I also suspect he did not get out much and maybe thought it was still 1950 when jolly practical young fellows could head out with the gun and shoot a rabbit or goat for the pot, all the while speaking with a fridge and freezer full of meat already paid for, packaged and ready for his wife to cook for dinner that night. Bah humbug.

Just for clarity’s sake – growing your own fruit and vegetables can be enormously pleasurable, tasty, convenient and healthy along with bringing better flavour and often a higher nutrition level. Just don’t expect it to save you a whole lot of money as well. And maybe stop judging the poor as lazy because vegetable gardening is just too difficult for them and planting fruit trees is not practical in an unstable housing situation.