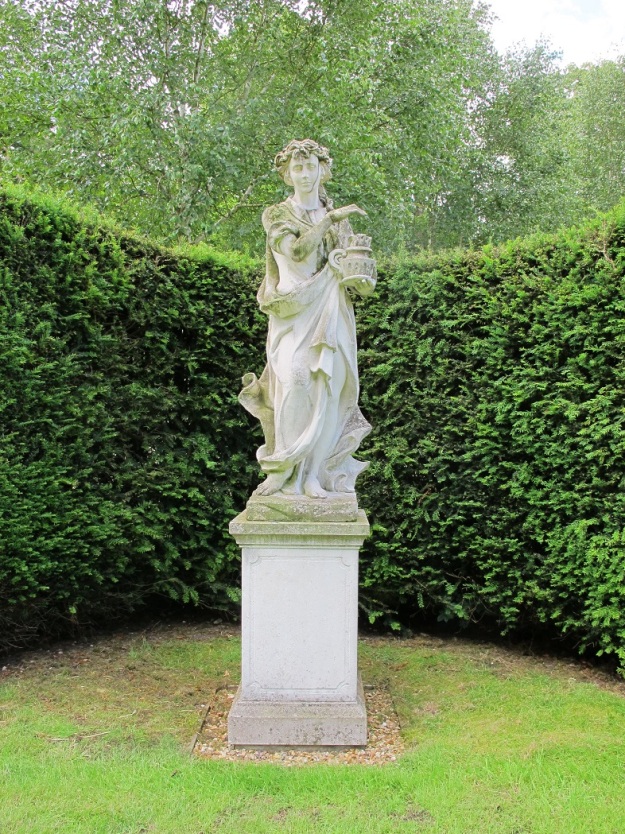 Context matters. I photographed this in a garden on a country estate in England. And it did not seem out of place at all there, to my eyes. But is it just a classier form of the garden gnome?

There I was, bereft of ideas for a post this weekend when a visiting colleague gave me the best quote, which he attributed to the renowned Irish gardener, the inimitable Helen Dillon.

“Statues are just the gnomes of the upper classes.”

We laughed out loud. Of course we did. I did a quick search on line and I see Helen Dillon attributes that statement first, in 2004, to a garden visitor commenting on an aged statue in her garden – a semi clothed woman of Victorian vintage. More recently, she reportedly ascribed the comment “to a friend”. Maybe the visitor went on to become a friend?

We lack both gnomes and statues in our own garden but I have always had some fascination for a good gnome garden. There is one down the way, in my local town of Waitara. I have wondered about calling in and asking permission to photograph it but I just don’t think my motives are sufficiently pure and that makes it discourteous and lacking in respect on my part. You will have to imagine it, instead. It is a much-loved garden and were there a National Collection for gnomes and ornaments, this one would almost certainly qualify. I noticed it one time when the son of the house had carefully cleaned and repainted the entire population and that would be no mean feat, believe me. They gleamed in the sunlight.

Gnome gardens do tend to associate with succulents. I have no idea if this is by choice or chance on the part of the gnomes. 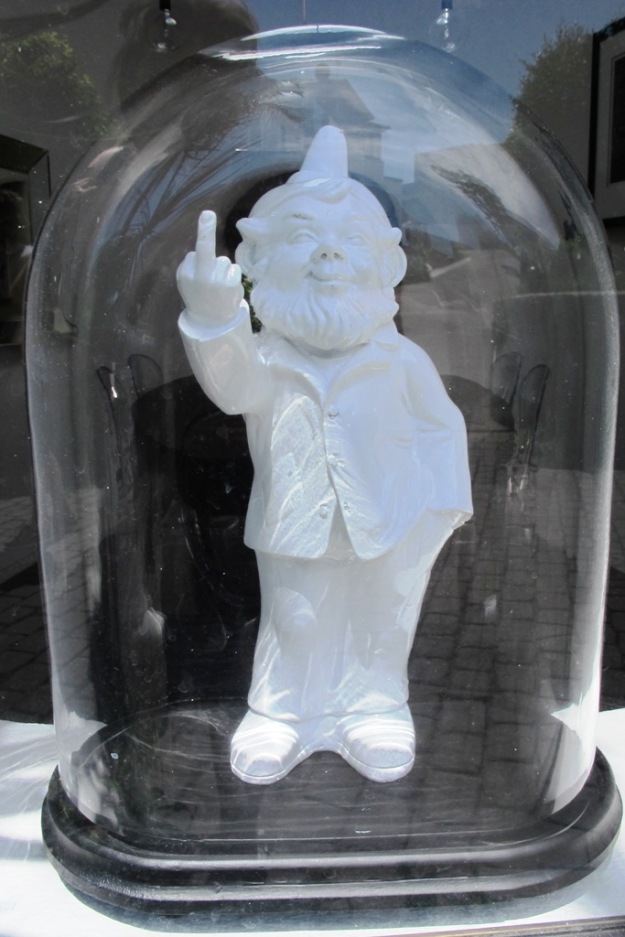 I could only find a single photo of a gnome in my extensive photo files. Clearly I need to rectify this.

Gnomes have a long and somewhat more celebrated history than their current position in gardens suggests. There is a wealth of information on line, should you feel compelled to find out more about gnome history. But there is no denying that their slide in social status has seen them end up pretty close to the lower end, if not right at the bottom. 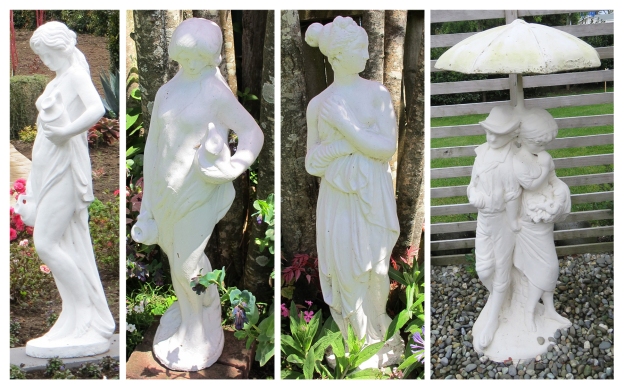 Classical statuary in NZ gardens is more commonly of this ilk

Which brings us to the statues. New Zealand is no longer the egalitarian society many of us like to pretend but the differences are not so much one of social class as economic status. We are somewhat lacking in the upper classes in this country. Our colonial forebears were more interested in shaking free from the shackles of the class system back in the Old Country and few of the early settlers came from the gentry. There are a few aspirants that linger on, but they are more a curious sub-group than a social and political force. I am pretty sure that if you took a census of New Zealanders and asked what social class they see themselves in, over 90% would declare themselves as middle class. Just as ethnic affiliation is a matter of personal choice in this country (as in, people define which ethnic groups they identify with and there is no reliance on blood quantum), so too is social class. I think it is one of the nicer aspects of living in New Zealand. 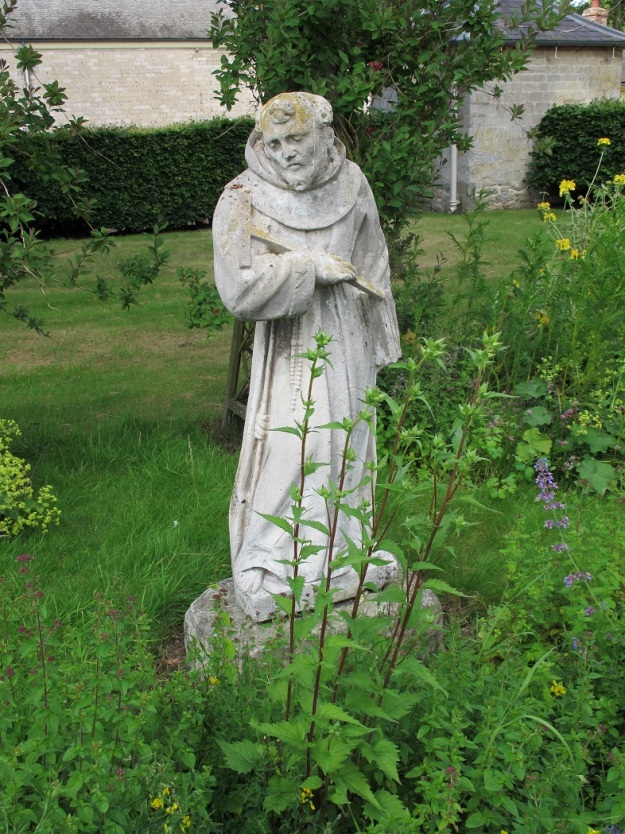 Saint Fiacre, I think, again in a grand English garden but by no means uncommon in a miniature form in NZ gardens

But does a reproduction classical statue, or even a figure of Saint Fiacre, make you more middle class than a gnome? That is the question. Many people who would shun Snow White, Grumpy, Sleepy, Dozy, Mick and Titch in the garden clearly believe so. The evidence is there in many, many gardens. What it doesn’t do, in this far-flung island nation of the South Pacific, is make you upper class and that has nothing to do with the dollar price-tag on the statue. Wealth and class should not be confused.

I would suggest that the downward slide in social status of classical statuary continues to take place (prole drift!), just at a slower speed than the rapid descent of the gnome. In this country at least.

We don’t have gnomes in our garden because they only amuse us in other people’s gardens. We don’t have classical statuary because it seems irrelevant to the context of our garden. Each to their own. But we are still chuckling at the Dillon quote

20 thoughts on “Of gnomes and statues”