“I always think of my sins when I weed. They grow apace in the same way and are harder still to get rid of.” 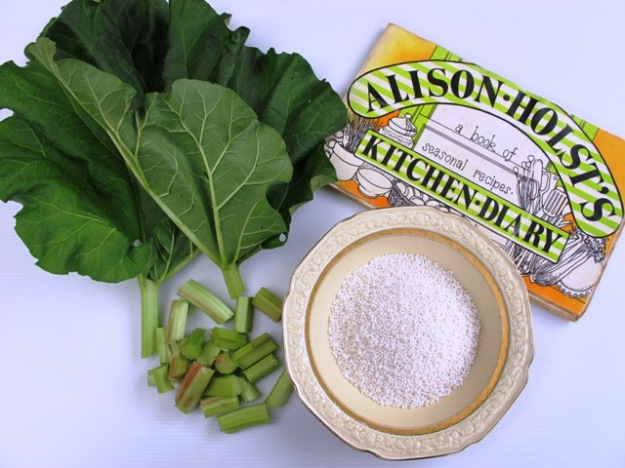 Most of us above a certain age grew up with milk puddings. Semolina, sago and tapioca were the most common thickening agents. Until recently, I had vaguely assumed that they basically derived from the same source of starch and the difference was in the grade of grain. Not at all. Semolina is usually durum wheat-based. After the outside husks and wheat germ have been removed, what remains is the inner part, or middlings. This is what gets ground into flour but before that stage, basically it is semolina. It can also be obtained from rice and maize crops – the latter becomes the dish known in USA as “grits”. Modern times have seen old fashioned semolina give way to the trendier North African couscous, which is essentially very similar in makeup but sold as a quick-cooking product having been steamed and then dehydrated. Israeli couscous (which resembles tapioca or frogs’ eyes) is simply further processed to this larger form.

Sago, on the other hand, is a starch that comes from the pith in the trunks of various palms but particularly Metroxylon sagu and is largely a product from New Guinea and South East Asia. Tapioca has an entirely different origin, being from cassava (Manihot esculenta) which grows as a tuberous root and is a tropical plant which originated in South America but is now a staple food in the Pacific and Asia as well.

These days, I only have sago in the kitchen cupboard. That is because I sometimes use a recipe idea which is vintage Alison Holst. When stewing rhubarb, add sago with the diced fruit (1/4 cup to 4 cups of fruit). It takes a little longer to cook, but the result is somewhat jellied and the acidity of the rhubarb has gone. It is very palatable, even for non-rhubarb fans.