“Of al the floures in the mede,
Thanne love I most thise floures white and rede,
Swiche as men callen daysyes in our toun…
Allas, that I ne had Englyssh, ryme or prose,
Suffisant this flour to preyse aryght!” 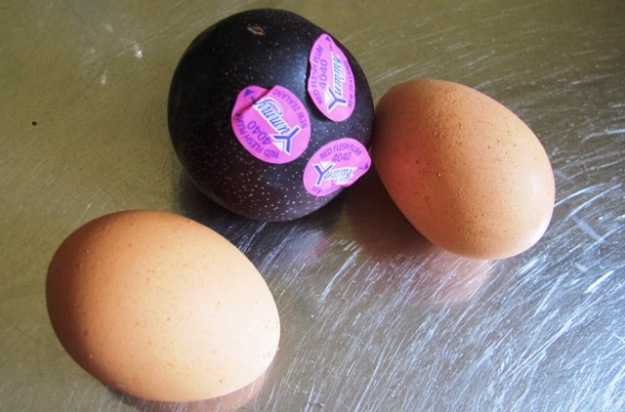 It came as something of a surprise to Mark when I commented that the sticky labels on fruit and vegetables do not break down in the compost. I discovered this a while ago when I emptied out the black compost bin we use for kitchen scraps and it was full of these sticky identifications in mint condition. I was reminded again when I found one in the rose garden. It will have travelled there in the compost and have been at least a year from the first stage when the fruit it adorned was eaten, but the label still showed no signs of breaking down. There must be some sort of coating on them. I try and separate them from the compost waste now and very irritating it is too. I am unconvinced that such stickers add anything to modern life.

The other ingredient that came out of the black compost bin in the same state it went in was the humble egg shell. Well, plural. By the hundreds. After seeing their ability to maintain their original form despite a long time in a somewhat sludgy environment, I now try and crush them before I put them in the scrap bucket. They are basically calcium so a good addition to the soils, unless you are gardening on chalk.

Contrary to the advice often given, we add all our citrus peel to the same waste bin. With our own orange trees, there is a lot of it. The compost worms just work around the peel and it gradually breaks down of its own accord. Worms are not so pernickety after all.