“America owes its 200 million starlings to the American Acclimatization Society which, under the chairmanship of New York pharmacist Eugene Schieffelin (eccentric or nutcase depending on your opinion), set out to introduce to America every bird species mentioned in the plays of Shakespeare. Shakespeare makes about 600 mentions of 50 different birds in his plays…. and starlings appear only once, in Henry IV, Part 1…. but it was enough to get 100 starlings released in Central Park, and the rest, as they say, is history.” 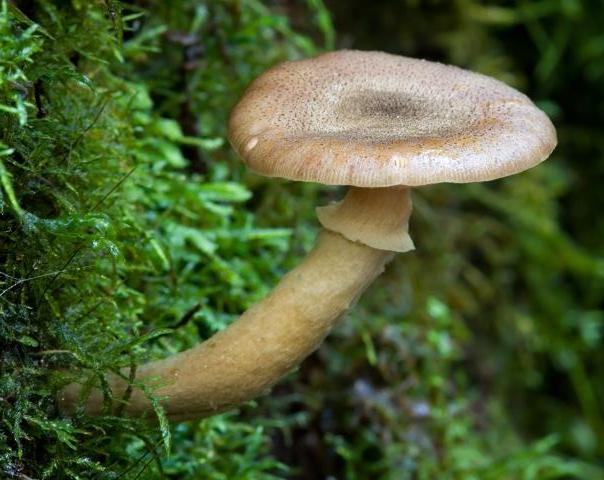 In last week’s column, I said that few fungi will kill their host. Unfortunately one that can and does is the pesky armillaria. Generally this starts on dead wood but has an alarming capacity to spread below ground and take hold on perfectly good, growing plants. Armillaria is the main problem with cutting off woody plants and leaving the stump and roots where they are in the ground. If this fungus turns up as part of the decomposition process, you run the risk of it attacking the healthy plants around and once it has taken hold, you usually have to let it run its course over the next few years. It has been a significant problem in kiwifruit orchards where internal shelter has been taken out and stumps left behind.

Sometimes it is possible to get a stump grinder in or to manually dig out stumps. In other situations, we have to risk it and leave stumps to rot naturally. We appear to have three different types of armillaria in this country. These mushrooms develop a distinctive skirt on their stems below their caps, but by the time you identify that, the fungus has taken hold. The caps we see on top are little like the tip of the iceberg. It is the capacity to spread below ground that makes control very difficult, with long tenatacles called rhizomorphs. These are often described as looking like bootlaces, hence the term bootlace fungus. On the bright side, armillaria is apparently edible.