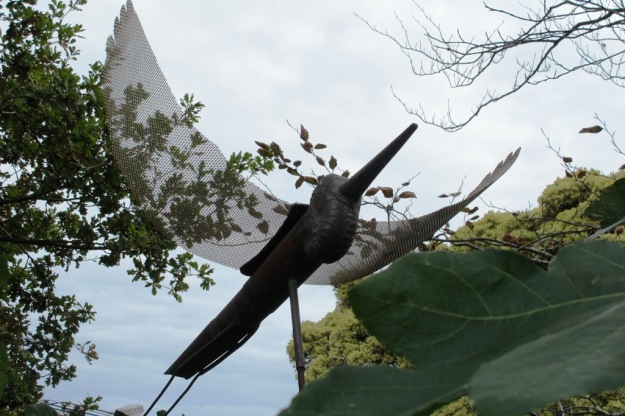 The owners of this garden admitted to me that they were very nervous about what I would think of their garden, given my strong opinions about over-ornamentation. This did not stop them from urging me to visiting. They are opening their garden to the public for the first time this spring and want all the input they can get because they are determined to do things properly and ensure they deliver an exceptional visitor experience. 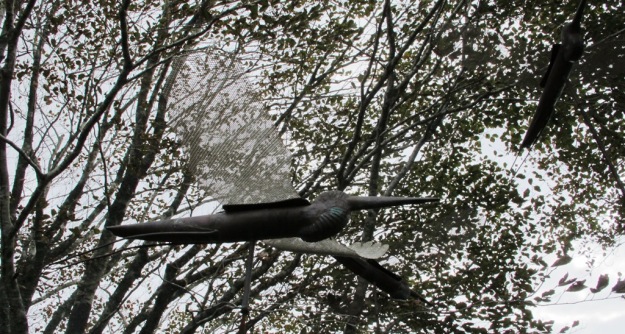 The garden is still having a lot of work done on it but the garden sculpture and decoration were a revelation. They have some really lovely pieces. I even coveted some myself and ,from an under-ornamented gardener, that is something. What made me stop in my tracks was the exceptional skill shown in placing these pieces so that they enriched the scene without dominating and without the transparent connivance of creating the dreaded “focal points”. To place an eclectic collection of art works so that they enhance and belong in the location is a rare skill. It made me realise that it is not that I don’t like sculpture or decoration in a garden. It is that it is rarely placed well to benefit the garden and the location as much as the work itself.

I think both garden owners (and they are clearly a close team) have an exceptional eye. A working life spent in upper-end retail must have assisted in developing skills in display and design. They also give credit to their architect son and placing these decorative pieces is clearly a matter that warrants considerable thought. 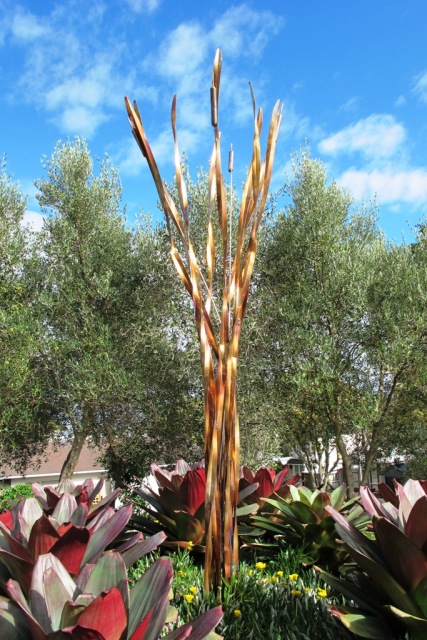 The one piece I really coveted was this structure from super-heated stainless steel. The reflections and colours were simply lovely. I would have this in my garden. I could also be be mighty tempted by the herons above. “Tell me you don’t have coloured ceramic balls,” I said. Over the years, I have developed considerable dislike for the use of these mass produced and thoroughly useless items from the villages of Asia which are widely sold in this country by purveyors of cheap ornaments. Blue has always been the most popular colour in the area where I live, but you can have red or orange, too, I found. I am unconvinced that these items justify the grandeur of a plinth but it all comes down to personal taste in the end. Yes, these people did have colour balls but they were not at all like this threesome I photographed in other people’s gardens

Theirs were considerably larger, hand crafted, detailed and placed discreetly. 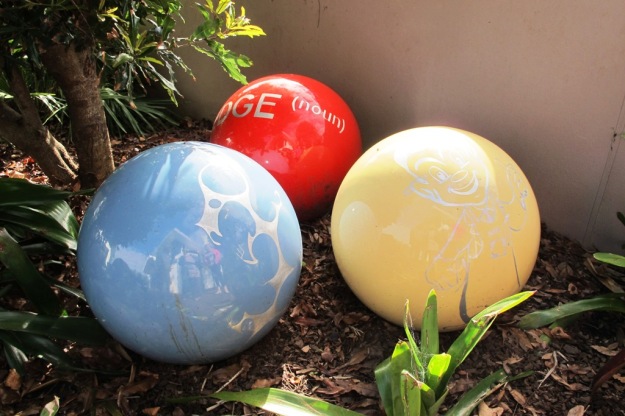 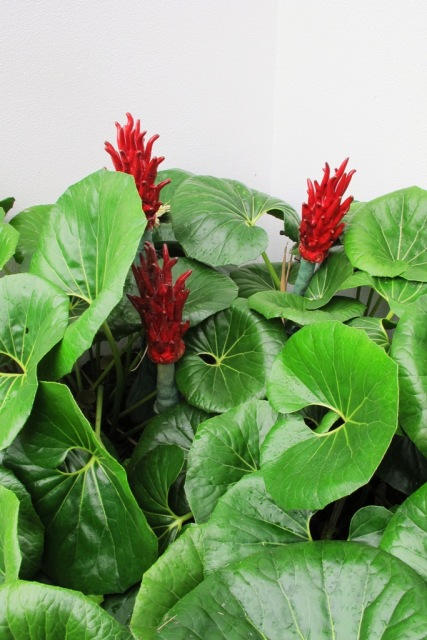 The ceramic detail amongst the simple planting of Ligularia reniformis, set against a stark white wall, added an understated detail that enhanced an otherwise predictable scene. 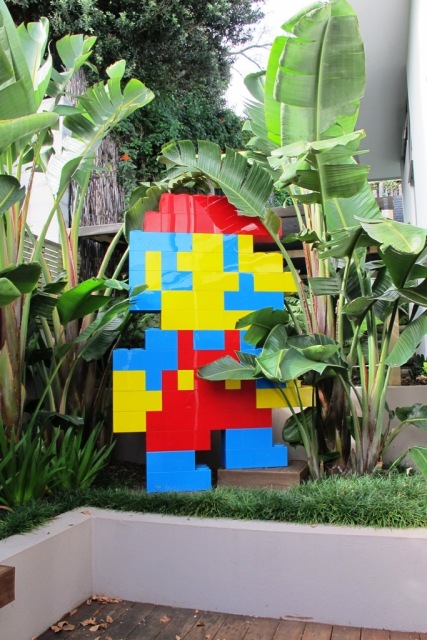 The large lego man was a pretty strong statement and not, I admit, one I could ever imagine in my own garden. But the owners love it. As parents of five children – all now adults – lego featured very large in their lives and this sculpture is placed in an intimate and enclosed section of garden which opens up from the family living area. Its placement was superb and it brought great delight to the owners.

In a setting with a large, modern, sharp-edged, architecturally designed house and a heavily structured garden, the decision to leave the old rusted garage in place as an installation was simply inspirational. It gave a tension to the scene which anchored the modern into its past. The owners commented that people either responded with horror at them leaving something so old and scruffy or they were delighted as I was. 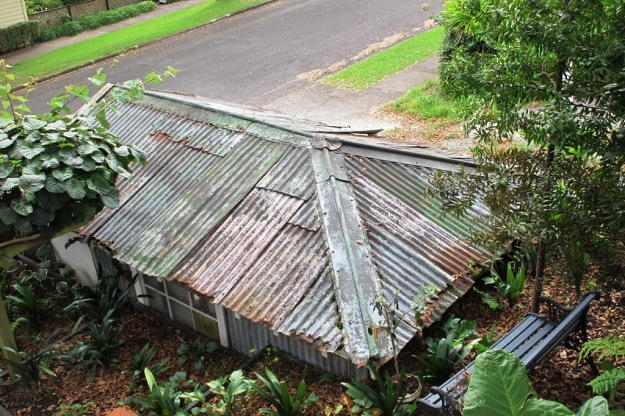 This garden is open for the Powerco Taranaki Garden Spectacular in the first week of November this year. Visitors might like to go and learn from their skills in integrating sculpture and ornamentation into the garden. It is done as well as I have ever seen and considerably better than most.