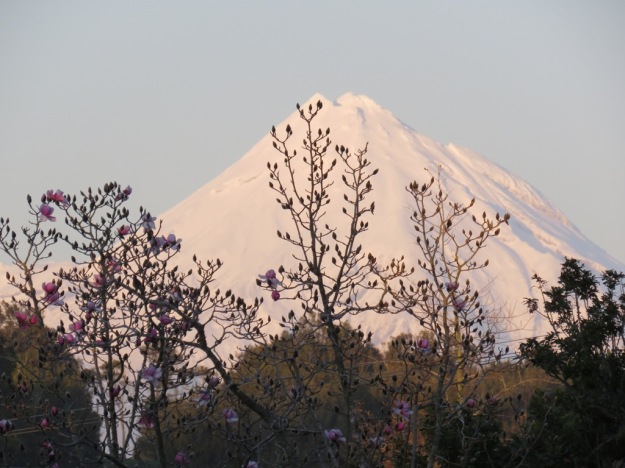 Magnolia campbellii in our park and Mount Taranaki

I prefer not to leave a negative post heading my home page for long (for an update on That Matter, refer to the last paragraph here), so here instead is the magnolia and our maunga*. I am waiting for more flowers to open so I can catch the hero shot of Magnolia campbellii in full bloom against the snow. This photo was taken in the early morning light at about 8am, as the sun was rising.

Mark is anxious that I point out I am using a zoom lens and the mountain is not 300 metres away from us. It is more like 35 kilometres distant. In this case, I feel it is appropriate to use the word iconic about our maunga. It is a beautiful volcanic cone which stands in splendid isolation on the coastal plain beside the sea and it is such a strong presence in Taranaki that it is etched into the very being of everybody who lives here. It is still active, although it is a long time since it has done much more than gently rumble to remind us not to take him for granted. 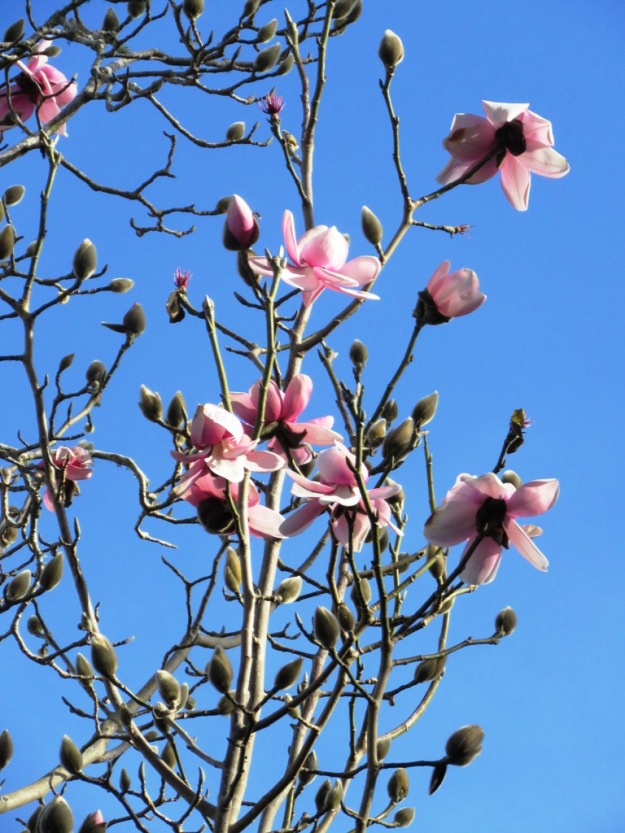 M. campbellii is always the first of the named magnolias we have here to open for the season. The tree is a fraction of its former size, having been clipped by a falling poplar tree a few years ago but it continues to grow and will regain its former glory over time. 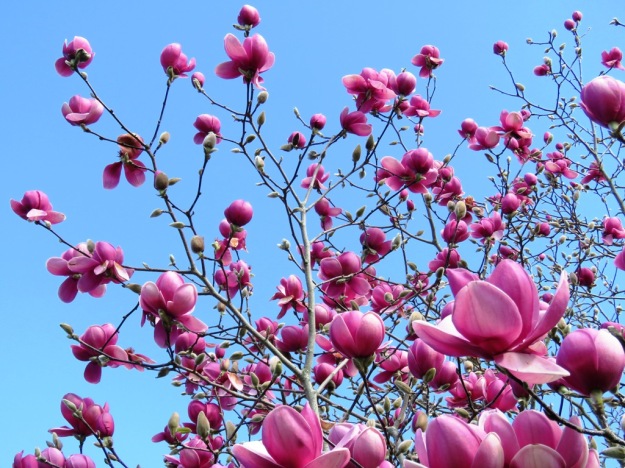 For early glory, this unnamed seedling in one of our shelter belts takes the first medal. It is looking great, but it won’t be named or released. It flowers far too early for most climates and is not sufficiently distinctive. It is a good reminder that on their day, many plants look magnificent but they need to continue looking glorious in competition with many other candidates, not just on their day. 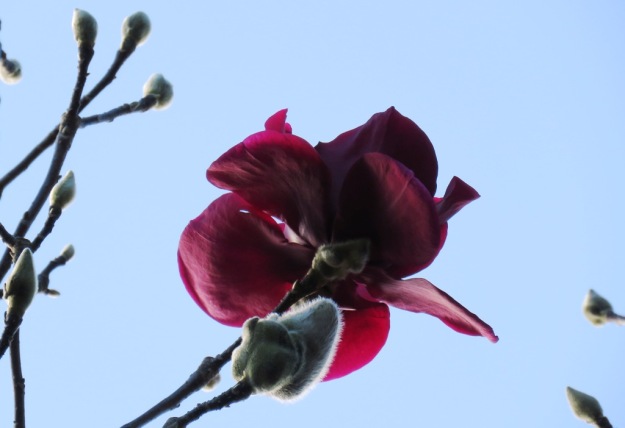 First bloom of the season on Felix Jury

The first few flowers have opened on Felix Jury, which is still a source of real pride and joy to us. Felix beat Vulcan to the draw on first bloom this year, although the latter is now showing glorious colour. Felix will also outlast Vulcan when it comes to the length of the flowering season. In colder climates, these earliest bloomers open later. We are lucky where we live that we have clear, intense light – even in mid winter when these magnificent flowers start opening for us.

Michelias have now been reclassified as magnolias and the earliest varieties are opening. This is Mark’s Fairy Magnolia White which has the bonus of a lovely perfume. Magnolia season feels like the start of a new gardening year for us and each day is filled with anticipation to see what else is opening. Many of our trees are now large, so I find I am often photographing up against the sky. Hence I often refer to this time of the year as the season of skypaper.

As far as my previous post on the magnolia and the well site goes, for those of you curious about the reaction of the company I can report that so far, the reaction has been… nothing. Nothing at all, although I know they spent a lot of time checking it on my site on Tuesday. I fully expect that situation to remain, although I will certainly be pleasantly surprised if the company responds to the challenge.

*Maunga is the Maori word for mountain and is widely used in New Zealand, especially when referring to mountains which have long held particular spiritual significance for tangata whenua – the first people of the land in this country.

5 thoughts on “The magnolia and the mountain”