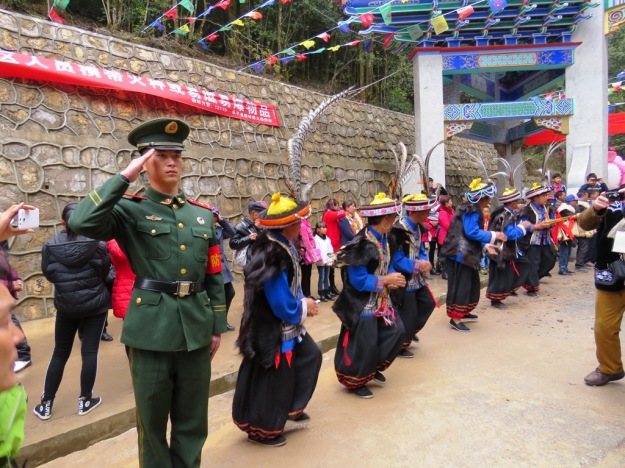 We returned from China last week, but alas brought with us a bad dose of Chinese flu which has kept us laid low ever since. Very low, in fact, but we are inching our way back to the Land of the Living.

The International Camellia Congress in China was certainly an extraordinary experience.

We travelled around in matched purple coaches – seven or eight of them in total – headed by a police car, with another police vehicle and ambulance bringing up the rear. And as we made sedate progress (often travelling at about 40k/hour) with police on hand at every intersection to stop traffic that we might have unimpeded progress, all I could think was that we resembled the stately galleon from the old Joyce Grenfell song (“Stately as a galleon, I sail across the floor…”). Either that, or a ponderous, purple mechanical dragon.

On the day we headed off to Baotai Mount, in Yongping County, we transferred to small coaches for the mountain roads – a fleet of somewhere near 20 of them sailing through the countryside under police escort and all with hazard lights flashing. You know you are part of something unusual when villagers come out in numbers to line the roads to see what is happening!

The day promised a four hour journey to Baotai Mount, the unveiling of The Stone Monument, tour of primitive camellia forests, mountain azalea, red lotus flowers and more in the natural landscape. The unveiling happened at lightning quick speed as most of us strolled up to the vibrant welcome. With a huge turnout of locals, it began to dawn on some of us that maybe WE were the exhibits, the sight to see on this occasion. China is a country driven by huge domestic tourism where foreigners still have novelty value. 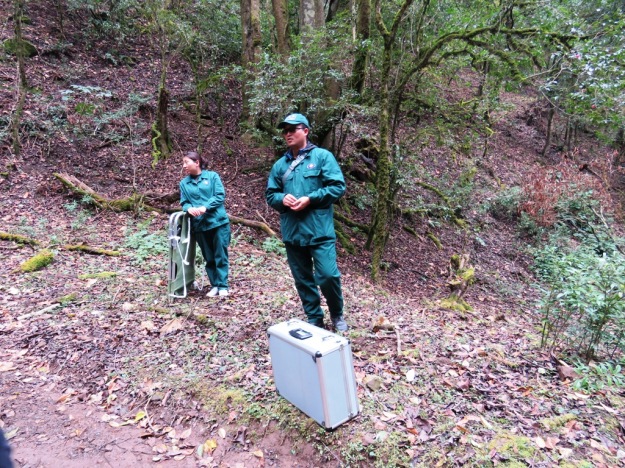 Do not smile at the sight of the medical support team. While it is true that such events as the International Camellia Congress attract an older demographic who may well be prone to the occasional heart attack, there were also altitude issues on Baotai Mount. There seemed to be some debate as to whether we were at 4000 or 6000 metres, but given that NZ’s tallest mountain, Aoraki Mount Cook, is less than 4000 metres, we were a fair way up and some folk were certainly suffering, needing oxygen.

After lunch, we wandered in the woods of ancient reticulata camellias – primarily Lindl. Most of the wander was on a four metre wide paved walkway, but it is different in a country with a massive population. There wouldn’t be much nature reserve left if thousands, hundreds of thousands or more feet were able to trample root systems in the wild.

There was a Magnolia campbellii in full bloom at the visitor’s centre which was such a delight that we will only whisper that it wasn’t a particularly good form of that species.

We never did see mountain azalea and red lotus flowers though Mark was pleased to see a little Daphne bholua growing in the wild. Sometimes you just have to go with the flow and embrace the unexpected. Botanical variety may have bypassed us on this occasion, but I will never forget the unexpected sight of four soldiers (Red Army?) marching through the ancient camellia woods on Baotai Mount. You don’t see that sort of thing back home in Tikorangi. 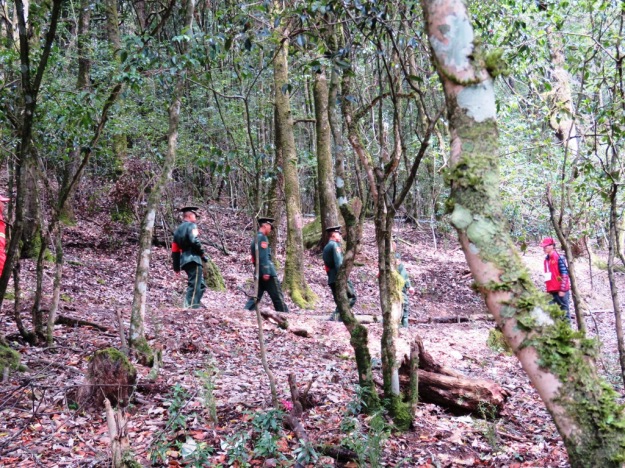 And then we drove the four hours back to Dali for dinner.

2 thoughts on “A trip to Baotai Mount”