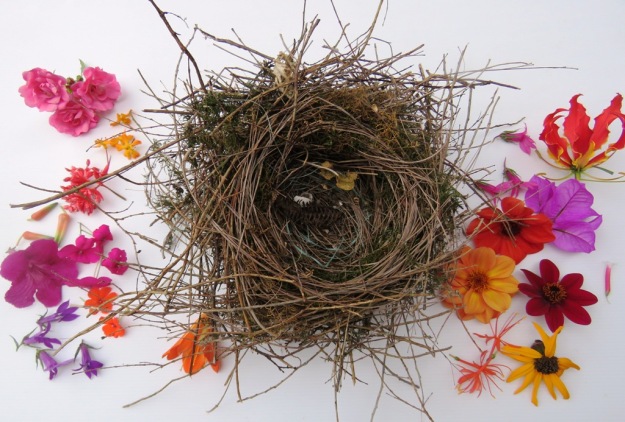 We leave for China tomorrow. Well, a small part of China – the south eastern area. Foshan (near Guangzhou), Dali Old Town, Jinghong and Kunmimg. The draw card is the International Camellia Congress which will make travelling much easier than doing it on our own.

Many of the plants we grow originate from these areas of China. We are hoping to see the yellow camellias in flower. Five years on from when I wrote about C. chrysantha, the other yellow species we have here still have not bloomed. But we may also catch some of the deciduous magnolias, wild azaleas and michelias in bloom. With our closed borders in New Zealand, the new species of michelias that have been discovered in the wild are not in the country and may never be admitted so it will be interesting to see what we are missing.

Being old enough to remember when China was closed to most of the world, I am not totally surprised to find that they still have in place the electronic equivalent of the Great Wall or the more recent Berlin Wall. I may only be taking my tablet as a back-up for photos because I see my most-used sites are all blocked – Twitter, Facebook, Gmail and Google. It is likely that there will be on-line silence until we return at the end of the first week in March.

While on the subject of China, I checked back for the piece I wrote in 2010 about Rewi Alley. It gave me cause to ponder how quickly our modern print and electronic media both moved away from longer-form writing to snappy short pieces with photos. I can’t imagine a NZ newspaper publishing a piece of that length any longer. But there are some interesting quotes from a personal letter from Alley to my late mother-in-law. 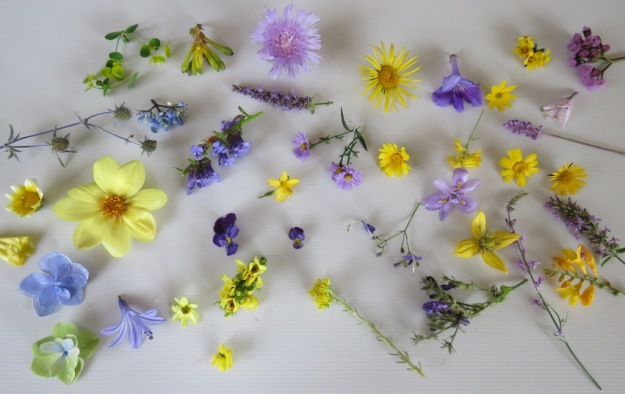 The photos today are the start of a little exercise in colour combinations, which we have spent some time discussing as we plan our new summer garden plantings. I am a big fan of blue and yellow in interior colour schemes (our dining and TV rooms are indeed soft yellow and French blue). I have long wanted to try a blue and yellow border in the garden, but now think it will look too contrived for what we want. 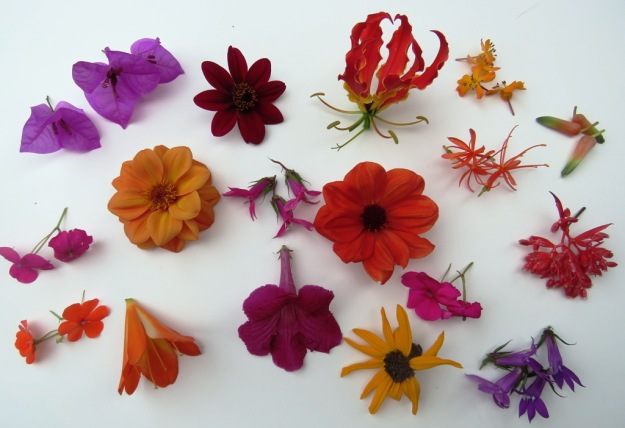 Yellow can be a difficult colour so I gathered a separate selection of cerise, magenta and orange blooms. Mark keeps pointing out to me the problems of adding yellow to this sort of colour mix – bright yellow at least. It is the one that can upset the apple cart of harmonious colour combinations. We may be quarantining our yellows to one area or at least using with extreme restraint.

Finally, as I was montying in the rockery, I was pondering how much modern gardening expectation has been shaped by two factors – the motor mower and glyphosate. Back in the days when grass was scythed and weeding was all done by hand, the current standards of the perfect lawn and the weed-free garden would have been inconceivable. It seems… unfortunate, shall I say… that the commonly held measuring stick for judging gardens today is predicated on two inventions, both of which are really bad for the environment. 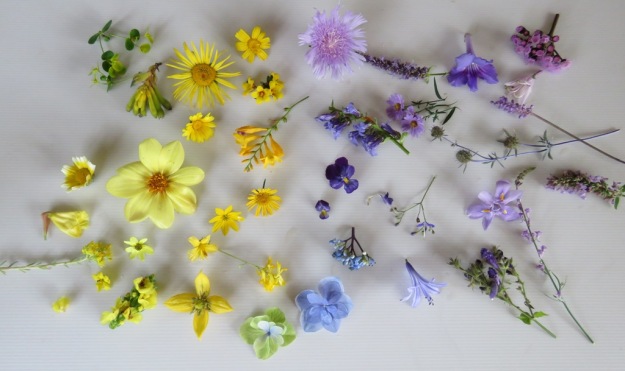 2 thoughts on “Tikorangi notes: Off to China!”