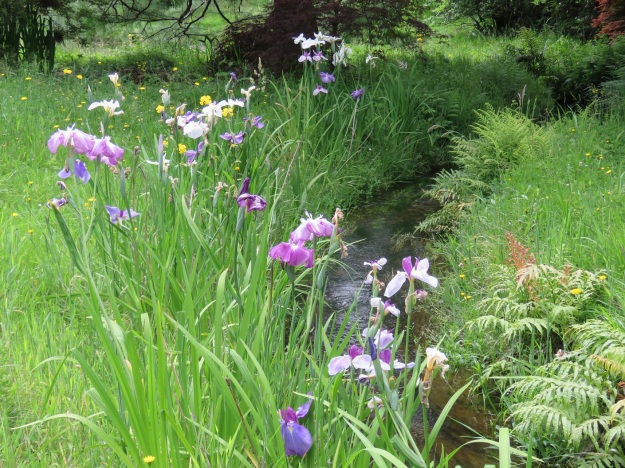 December was memorable last year. Finally, we achieved the water meadow effect we have been striving for in our park.  This was thanks to the iris and to our learning how to manage long grass in ways other than cutting it. 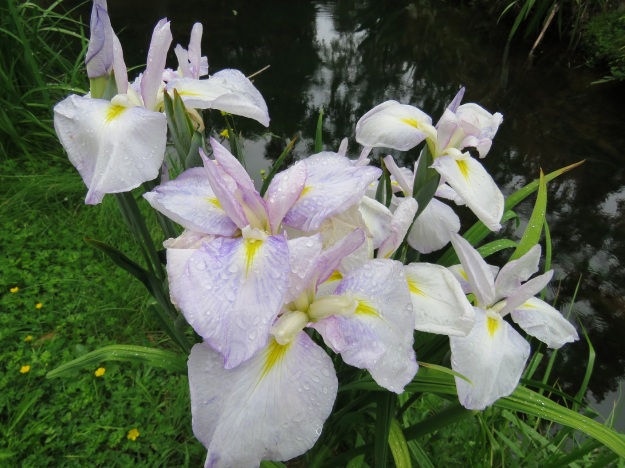 There are anything up to 300 different species of iris but the one that comes to mind most frequently is the bearded iris. These are ephemeral delights in our climate with its high rainfall, high humidity and fertile soils, so a joy in bloom in October but over all too soon. The so-called Dutch iris flower earlier in spring. These are hybrids of 3 lesser known species, often somewhat derided, seen as a little vulgar even, but they can look charming enough in the right setting and are easy to grow. 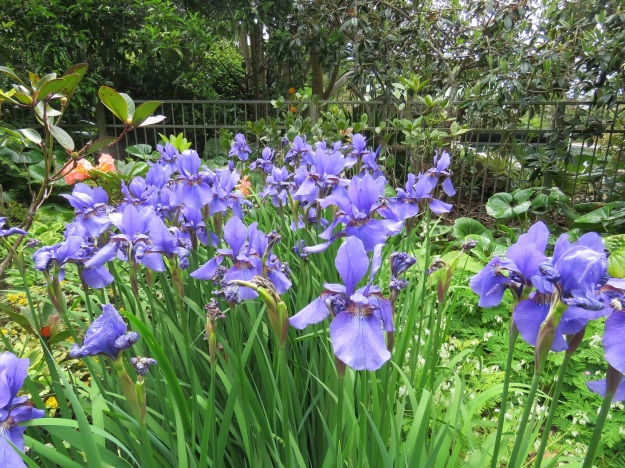 November is the month of the sibirican iris which are happier in our wet conditions. The most common bright blue form is ‘Caesar’s Brother’ but there are other selections around which flower at slightly different times and extend the season well into December. The common name of Siberian iris suggests that they originate in Siberia – which they do, but they are not limited to that area in the wild, growing instead right across Northern Europe as far east as Central Asia. Unlike the bearded iris which prefer sandy, lighter soils where their rhizomes can bake in the sun, the sibiricans thrive in heavy soils and on the margins of wetland areas.

In early spring this year, I spent a few muddy days down by our stream, digging out the yellow flag iris. We had several large clumps of these and they flowered well every year. Alas, they are a recognised weed in this country and we felt we needed to take an ethical stand and remove them because they were planted by and in running water. Every piece of rhizome that breaks off or gets washed downstream has the

potential to grow and we didn’t think that establishing mats of flag iris all the way to the ocean was a good reflection on us. In digging them out, I can tell you the dense mat they form is not unlike wild ginger. I replaced them with a mix of Higos and sibiricans which may spread by seed but don’t form the choking, solid mats.

Every time the Higos bloom, we think most kindly of Auckland plantsman, Terry Hatch. Years ago, he gave Mark a tray of germinating seedlings which were reputedly from wild gathered seed. Mark had tried growing Higos earlier but without success. They are not a species, but a group of Japanese iris bred extensively over 500 years in the quest for the single perfect bloom to bring indoors, in that wonderful

pared-back style perfected in Japan. The requirements of a garden plant are very different and those highly refined hybrids did not perform. The seedlings from Terry – about 700 of them in the end – gave us a huge range in colour, size and style and they have settled in most satisfyingly by the stream. By this I mean they are performing very well year after year, with no attention at all but without any indication of becoming a weed. I tried some in a perennial border and they grew and flowered well, but their leaves are very long and tend to swamp other plants in the months before they go dormant. 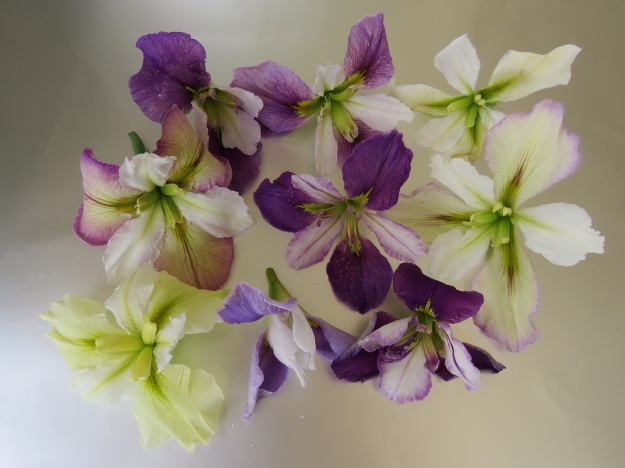 Our water iris are something of a United Nations when we add in the Louisianas. Indeed, these do originate from that American state though, like the Higos, they are not a pure species but a group. There are at least five different species of iris native to Louisiana and it is likely that what we are growing are hybrids. They have been settled in down by the stream for many years now but we only have a few different ones. Inspired by the success of the Higo seedlings we got from Terry Hatch, Mark has been experimenting with raising Louisianas from seed to extend the range of flower colour and size and the results have given us more to plant out in the ponds on the other side of our garden, in the area we call the North Garden. 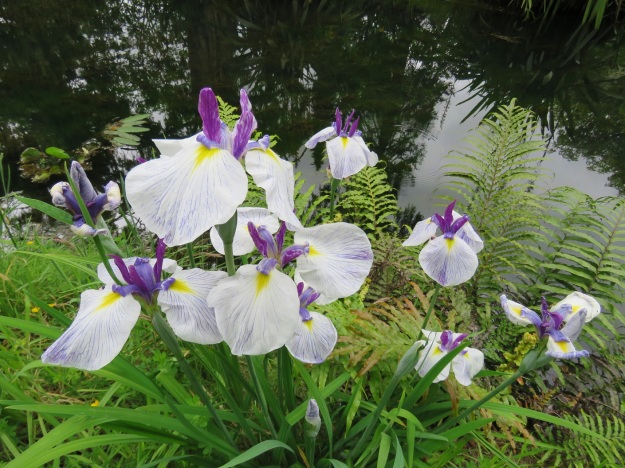 What we love about the water iris is the contribution they make to a softer-edged, naturalistic style of gardening which we increasingly favour. A return to a more romantic garden style. It took my breath away last December. I am looking forward to a repeat this month. 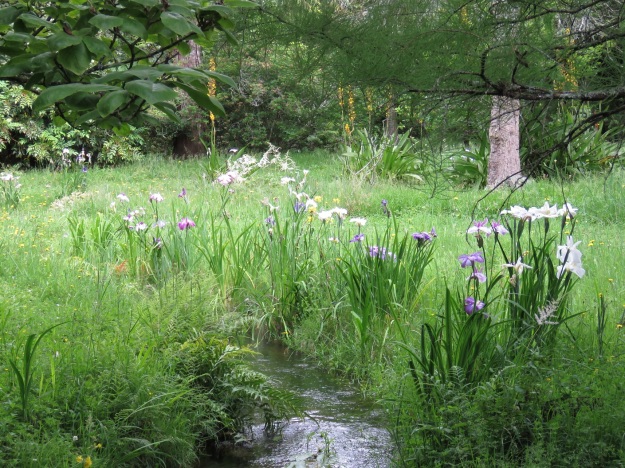 First published in the December issue of New Zealand Gardener and reprinted here with their permission.

3 thoughts on “A water meadow”