Umbrellas are a part of our lives here. We own quite a few of them and use them often to move around the property. That is because it rains quite a bit and the rain can often be torrential. We get 150cm a year (60 inches). I try and keep the respectable brollies that are in good condition tucked away for when visitors need them, confining us to the somewhat derelict ones. When I say we own quite a few, I mean getting up towards 20 of them and I don’t want to end up with 20 old, crusty brollies. Here I am, drying out some of the better ones to put away again after a garden tour last Sunday.

The tour was a small group of British and American gardeners, led by a tour host whom we particularly like, which is why we agreed to their visit when the garden is otherwise closed. It is a very different dynamic to host tours with a knowledgeable leader and plenty of time for a leisurely walk around followed by morning tea. We really enjoy their company and that has not always been true for garden tours down the years. The more you get, the less personal the experience and, I am sure, less rewarding for the visitor too. The rain didn’t even matter much and it stopped soon after it started.

The English visitors felt right at home as soon as we reached the park and they saw the meadow although one of them marvelled, looking back and seeing our native tree ferns growing amongst the trees – they are self-sown here but very highly valued in the UK. Though truth be told, the most common tree fern grown overseas is the Tasmanian species, Dicksoniana antarctica. 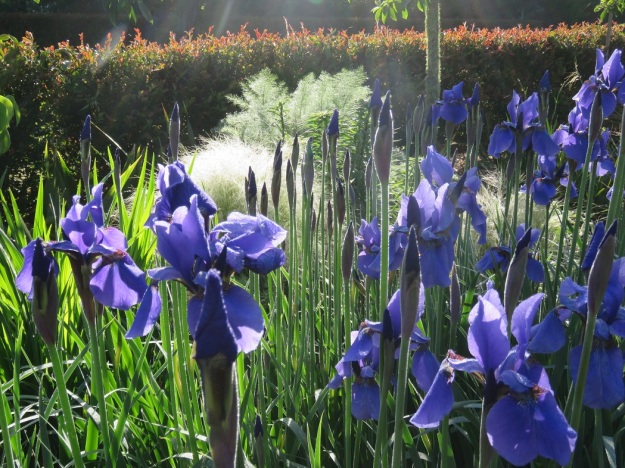 I showed them the progress on the new garden area and those from colder climates were simply amazed at the growth rates we get here, it being a mere sixteen months since I started planting this area. The other side to that coin, of course, is that while we get a quick result we have to start thinning and managing the growth much earlier. The Iris sibirica are looking particularly good this week and stand well above waist height. We only have three different forms of this iris – the deep ‘Caesar’s Brother’, a white form and the one above which may or may not be ‘Blue Moon’. If I see other colours being offered, I would be tempted to buy more having found how spectacular they can look when massed as single colours. 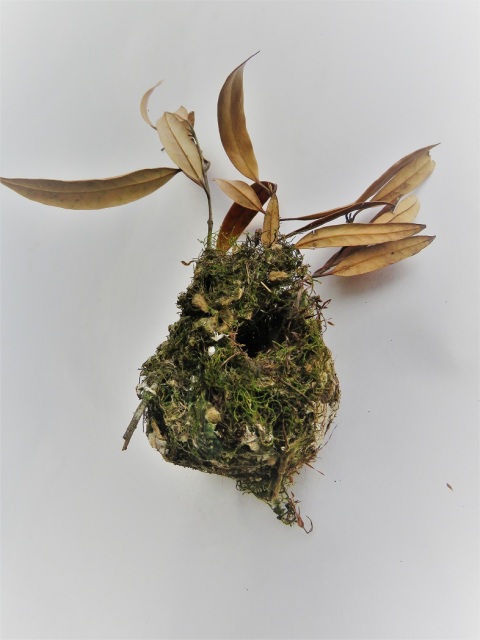 The simple charm of a grey warbler nest

Behold a grey warbler nest. These are exquisite, small creations that hang from branches but this one had broken off in the recent winds. The migratory shining cuckoo is entirely dependent on the grey warbler for its continued survival because it pressgangs in the warbler into fostering its egg and then the hatchling. I asked Mark how the cuckoo, a larger bird, managed to get its egg into the nest. He is fount of considerable knowledge on these matters and he tells me the cuckoo enters through the hole, lays its egg and then forces its way out the side. The little warbler then repairs the nest and hatches out the cuckoo’s single egg with its own eggs but the larger cuckoo hatchling pushes the baby warblers or warbler eggs out of the nest. Before you worry too much about the warblers, it is the second clutch of eggs they raise that can be supplanted by the cuckoo in the nest and the warbler population is not under any threat at all.

I have a collection of birds’ nests and have been wondering how to display them. I have at last found a suitable tree skeleton that I think can be severed and brought under cover so I can tie the nests to the bare branches. Whether I can do it without it looking terribly naff remains to be seen. 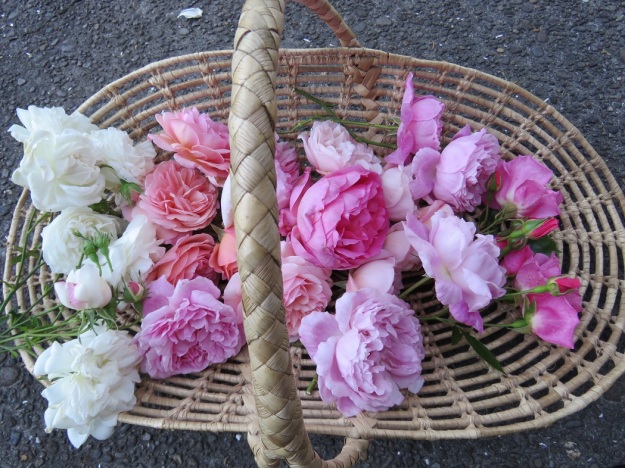 Gardening is a wonderfully cyclic affair. Is there anybody as finely tuned to the seasons as the keen gardener? Yesterday was the first pick of the roses for the season. All but two of these have such scoury foliage that they have been banished to Mark’s vegetable garden (a large area that he refers to as his allotment) so the only reason they still survive is for the cutting of the blooms. Not only is gardening cyclic, it can also be distinctly ephemeral. But often those ephemeral pleasures can be the most charming on the days when they are at their best. 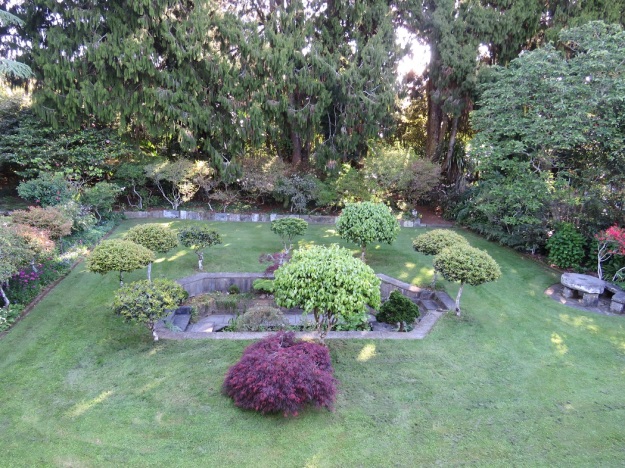 I think it looks better now for the simpler appearance

6 thoughts on “Just another week in the Garden of Jury – late spring, umbrellas and bird’s nest or two”