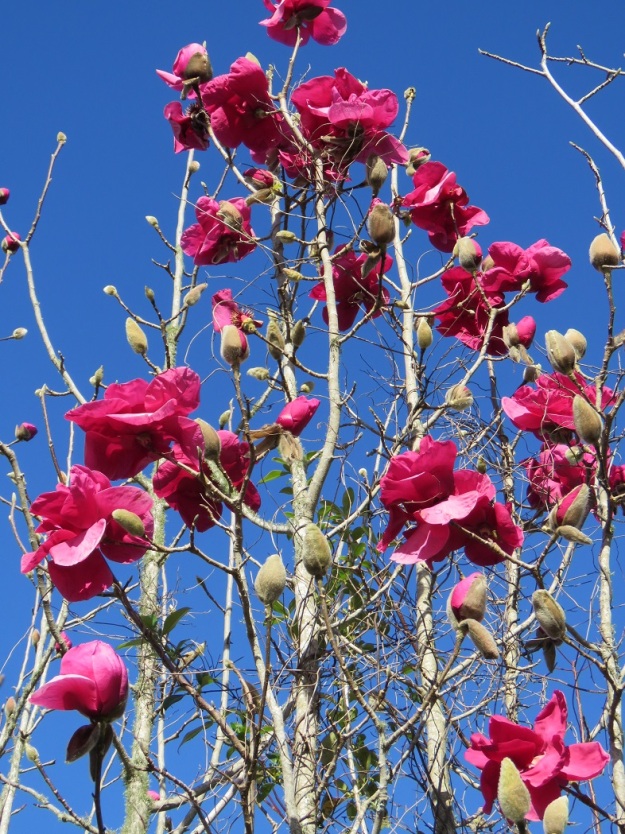 Back in our nursery days, we used to send our reject plants down to be given away, sometimes sold for just a dollar or two, at a local op shop that a good friend was closely involved with. There are always reject plants that don’t make the grade to sell – usually due to being poorly shaped or sometimes over-produced –  and it seemed a good solution. Our local town of Waitara is what is often politely described as ‘lower socio economic’. There isn’t a lot of spare cash in the community and no local plant retailers so we saw it as a means of encouraging planting in an area where most people wouldn’t buy plants.

In the early days, we had more reject plants of Magnolia Felix Jury than we would have liked so quite a few of those went down to be dispersed and I quipped at the time that if only a quarter of them grew, they would make their mark. The magnoliafication of Waitara, I used to describe it.

Iolanthe to the left, Felix to to the right

This year was the first year I have really started to notice Felix in bloom locally. It is unmistakeable with its enormous flowers so I drove down just a few streets, Felix-spotting, when I went to the supermarket yesterday. I doubt that the locals know that it was bred locally, named for a long-term resident and is now our flagship magnolia internationally but that doesn’t matter. It is just pretty spectacular and will continue to get better year on year. Magnolias are long-lived plants if they are allowed to be. I was a week too late to catch them with the best colour, but you can see what I mean. 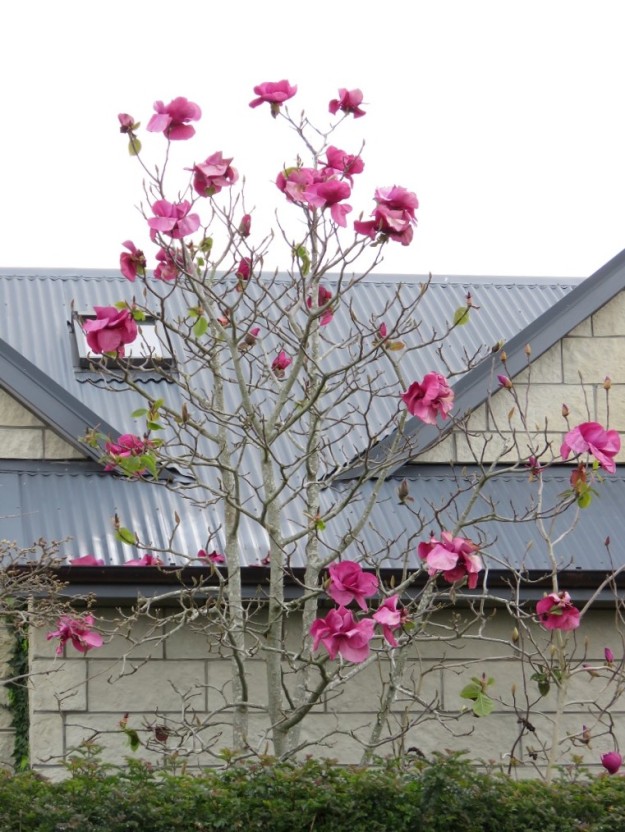 Best colour – it fades out with age as the season progresses

We can get deeper and richer colour here than in some other parts of the world. Why? We don’t know whether soils, seasonal weather or climate affect it. All Mark is willing to say is that the stronger the plant is growing, the better the colour it achieves. I am loathe to recommend piling on the fertiliser; we never do and we don’t think it is good practice. We plant well, keep them mulched and will feed with compost if a plant needs a boost. Other gardeners like to manage feeding differently but the advice from the breeder is to get your plants established and growing well and you may find the colours are richer.

Next year, I shall get around a week or two earlier to catch the local plants in peak bloom. By then, I will have canvassed local friends to find the location of more trees.

Poor light and nearly finished, but another local Felix

5 thoughts on “The magnoliafication of our local town”