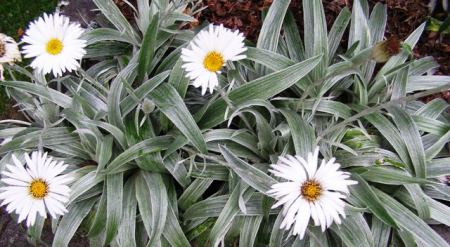 Latest Posts: Friday 9 December, 2011
1) No fewer than 700 Higo iris waiting to be planted out in Plant Collector this week.
2) Yet another joint venture infomercial masquerading as a reputable garden reference book – the Tui NZ Flower Garden this time.
3) The current quest for self sufficiency, of sorts at least. More a measure of a high quality of life here than a point of principle – Abbie’s column.
4) Grow it Yourself – rhubarb this week.
5) And absolutely nothing to do with gardening but a link to my other website (www.runningfurs.com) where I publish book reviews of a non gardening nature (mostly cookbooks, children’s literature and a bit of adult fiction) – the latest of which was indeed a cookbook: The Molten Cookbook by Michael Van de Elzen. Food porn, my chef friend calls it. 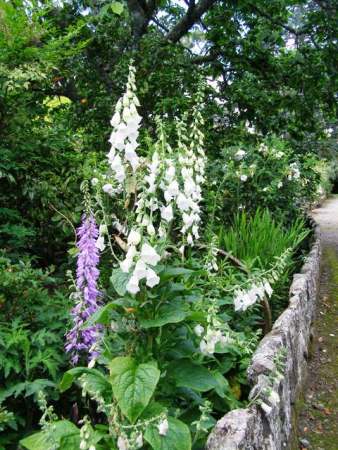 Inspired by Hidcote – the white foxgloves

At last the temperatures are rising and it feels as if we may be on the cusp of summer after all. The tall white foxgloves have been bringing me much pleasure, simple though they are. We saw these used to great effect at Hidcote Manor in England but, being a biennial, it has taken eighteen months to get them performing here. I am hoping they will seed down as readily as their pink counterparts (most of which are being consigned to the compost to try and keep the white strain pure). 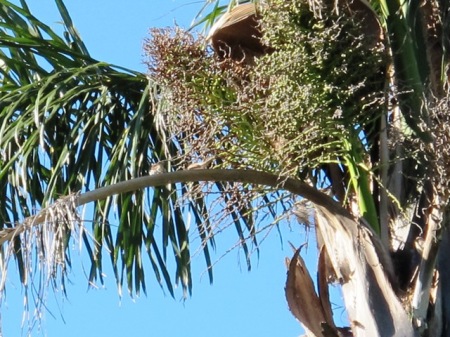 Sparrows in the Queen Palm condo

We have been somewhat amazed in recent weeks watching the entire condominium of nesting birds in the crown of the Queen Palm (Syagrus romanzoffiana) – they must be fifteen metres up and it appears that every nesting space is occupied. The dominant population is sparrows with the odd starling having made a move on vacant property. As we sit in our favourite conversation spot, we look out at the many comings and goings, while the tui nesting in the nearby rimu attempts to patrol the entire area and convince all other birds that they are deeply unwelcome.

The celmisia in flower is a reminder to me of the next website project – building the record of native plants we have in the garden. This is of less interest to New Zealanders who tend to fall into one of two camps – the dedicated purist (natives only) and the rather dismissive (“natives are so boring”). In fact, we use many native plants in the garden but interspersed with exotics. I read an opinion recently that the use of native plants is an important way of anchoring a garden into its environment and its country of origin, which seemed to make good sense.