It is a curious thing that people will sometimes spoil some garden project for the sake of a word. For instance, a blue garden, for beauty’s sake, may be hungering for a group of white lilies, or for something of palest yellow, but it is not allowed to have it because it is called the blue garden and there must be no flowers in it but blue flowers…. My own idea is that it should be beautiful first, and then just be as blue as may be consistent with its best possible beauty. 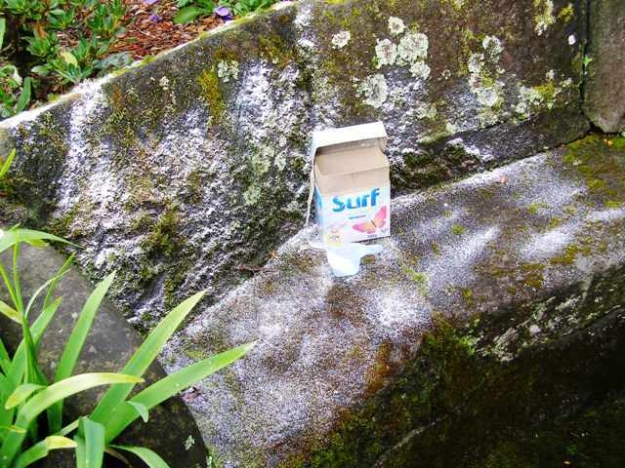 The easiest way I know to kill moss growing in the wrong places is to lightly sprinkle soda ash. This is in fact powdered washing soda (sodium carbonate or Na2CO3 for the scientifically inclined) and you can buy it from bulk bins. Cold Water Surf is often recommended and does work. I am guessing Cold Water Surf contains a relatively high proportion of soda ash as a water softener because it works much better than the budget washing powder I tried. Having found what the active ingredient is, I now prefer to use straight soda ash without the unnecessary extras. It is non toxic and occurs naturally so, as far as I know, is not going to harm the environment. It kills moss overnight though you then have to wire brush the dead moss off hard surfaces or rake it out of lawns. Experiment lightly – it doesn’t take a lot to be effective.

Published in the Waikato Times and reprinted here with their permission.