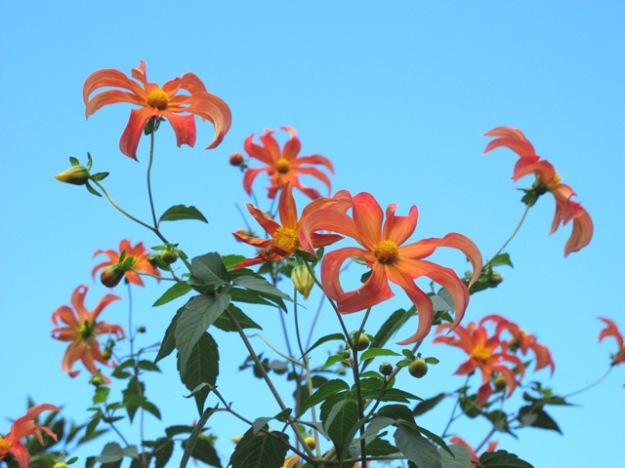 The only resemblance these dahlias have to trees lies is in the astonishing size they can reach in the space of the summer growing season. Some can get up above 3 metres high. They are just dahlias, growing from the usual tuberous roots and because they are deciduous, they die back completely every year. The best known tree dahlia is the species D.imperialis which is also the largest variety and hails from Central America. Prominent NZ plant breeder, Dr Keith Hammett, has been working with dahlias over time and using other so-called tree dahlia species in ever more complex crosses to bring different colours, flower form and sometimes more compact growth into the range.

Tree dahlias are not the easiest plants to place in the garden. They need full sun and protection from wind because their growth is somewhat brittle. They also need some sort of support to hold them upright. They flower now, in mid to late autumn, much later than the summer dahlias and this makes them vulnerable to early frosts. If you have the right conditions, plenty of space and are willing to build some sort of structure to support them (we are fans of thick bamboo corrals), they can be a welcome addition to the autumn garden but they are never going to be tidy, well behaved plants. 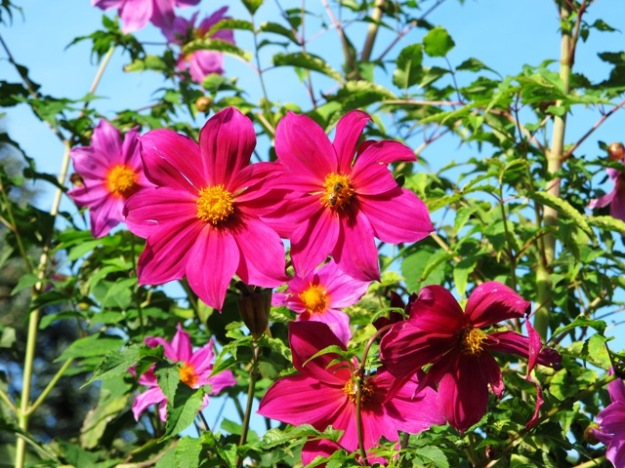 Reasonably sure this is the one named Timothy Hammett