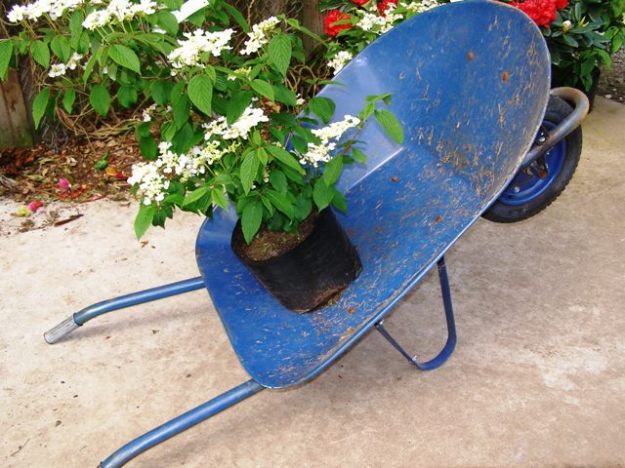 Garden Lore: wheelbarrows
Quite possibly, you may not have pondered the origins of the wheelbarrow but when you think about it, it is a design of some genius – a single wheeled cart with great manoeuvrability which enables the pusher to move pretty heavy loads and to tip them out easily. Its origins go back in the mists of time. Chinese history often attributes its invention to Chuko Liang around AD 200, when records show it being used to transport military equipment and supplies. There is some evidence that it dates back even earlier and there is a school of thought that it may even go back as far as Ancient Greece around BC 400. It did not come into wide use in Europe until the Middle Ages but when it did, it must have made life a lot easier.

The position of the wheel varied from the middle to the front throughout history but has now settled on the latter. The whole principle of the single wheeled barrow is the even distribution of weight. After 2000 years, you would think we could get this right every time but that is far from true. There are too many barrows – particularly at the cheaper end of the market – which will tip over easily unless you load them perfectly, starting from their centre point of balance. If you are buying a new barrow, try placing something a little weighty right at the back and then at the side. A well designed barrow won’t tip.