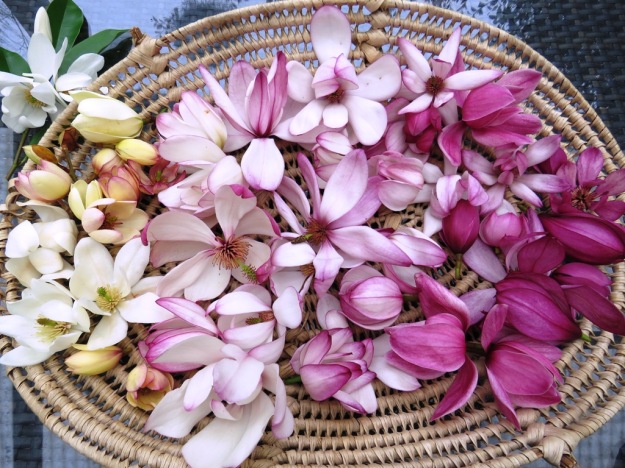 Starting with a small brag photo: michelias used to be white, in the main. At least the hardier varieties are generally white. Sure the tropical M. champaca is orange and M. alba is creamy yellow, but they have not shown compatibility with the hardier varieties and don’t have enough virtues to warrant using them as breeder parents. I did a little round-up of Mark’s current seedlings that we have flowering here. It has taken him 20 years of work to get to this colour range and there is a long way to go yet. A good garden plant is much more than just an interesting bloom. There are a huge number of variables when it comes to selecting a new variety for commercial release. But even I was impressed by the range of colour, flower shape and flower size that he has achieved in this line up.

I see I optimistically posted in August on the early blooming lachenalias. I may at the time have thought there would be two or three posts charting the lachenalia season, but we are now entering the final stage so I thought I had better do a round up. From left to right we have arbuthnotiae, pallida, contaminata, orchioides var glaucina (2) and the attractive end one we have as rosea. I missed several varieties during the mid season, but one reason I missed them is that they are not fantastic performers in our conditions. 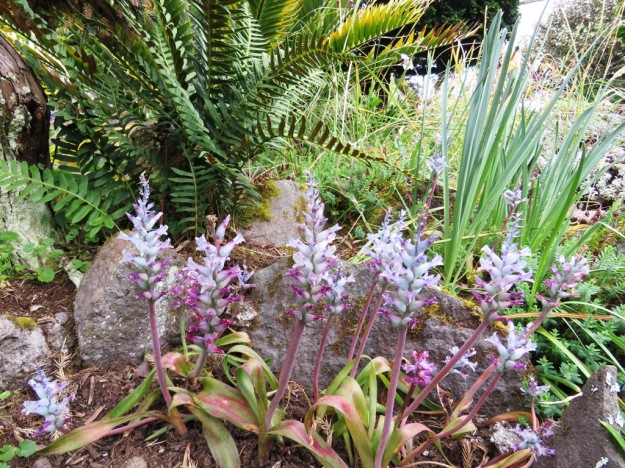 Glaucina is our stand-out blue, and we once gathered as many different blues as we could. It is variable in colour and somewhat frost tender, but it does at least stay within the blue spectrum (some of the other alleged blues faded out to cream or very pastelle mauve) and it increases well for us. 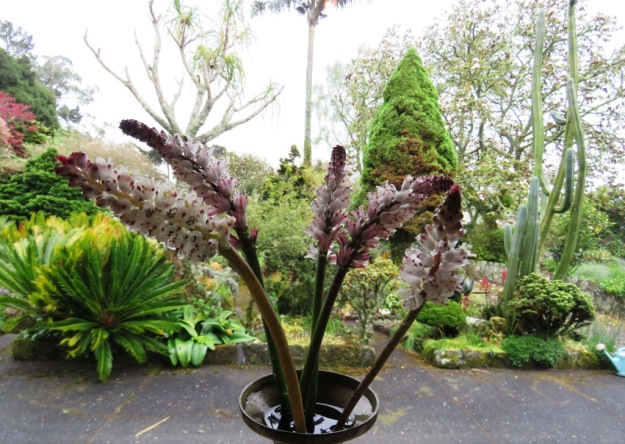 Lachenalia contaminata with the rockery behind

L. contaminata is one of the last in the season to bloom, very easy to naturalise, scented, feeds the bees (I have personally observed this) and generally under-rated.

L. aloides is pretty interesting as a species. I mentioned aloides quadricolor and the common form in New Zealand which may be aloides bicolor in my earlier post. Aloides tricolor then comes in much later, predominantly green but with enough red and yellow to make it visible. When these three forms of the species are so easy and reliable for us, why oh why is the most striking L. aloides var. vanzyliae so very difficult? It is a mystery to me and it was a bit of a surprise I managed to catch the small patch (which does not get any larger) when it was in flower.

Quite how I achieved this stylish, albeit over exposed image, I am not sure.

We are big fans of the Australian dendrobium orchids and they are at their peak right now in the woodland areas of our garden. I did a little round up of the different ones in the garden and was surprised to find the range was somewhat greater than I had thought. Somehow we do not think of Australia having such pretty and delicate wildflowers.

Tomorrow, if the rain continues, I shall return with… clivias. Big, bright and bold.