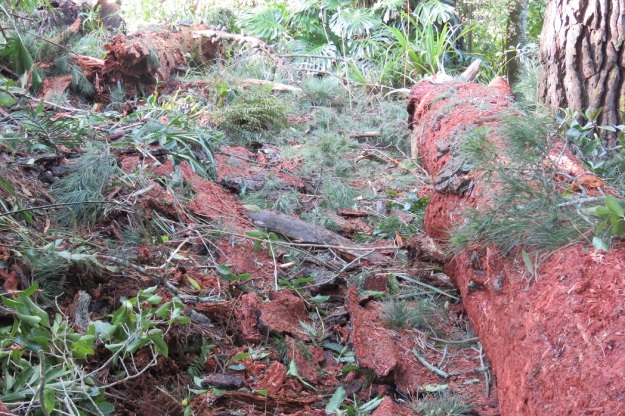 Fallen branches and the occasional large tree are a fact of life here with our oldest trees dating back to the 1870s. The pinus radiata, in particular, are not stable trees in the long term. We usually hear them land so I was surprised to find this sight down the Avenue Gardens on Saturday. Mark had commented in the middle of the night that we had an earthquake culminating in a bang but neither of us had thought more of it. 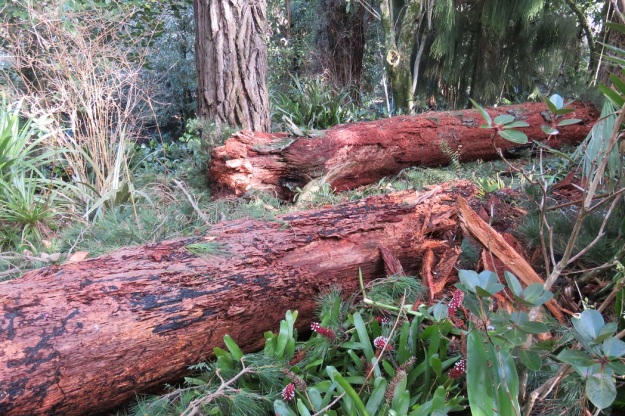 Not an earthquake. A falling dead tree. Pinus radiata often drops all its side branches when it dies, before keeling over or, in this case, snapping a third of the way up. This is good because the side branches can cause even more damage when a tree falls although it can and does clip other trees as it falls. As falling trees of at least 135 years of age go, this was on the minor end. The trunk broke in three as it fell, with the longest length (about nine metres) rolling over to a final location which is not bad at all, though it did initially land on a garden bed. 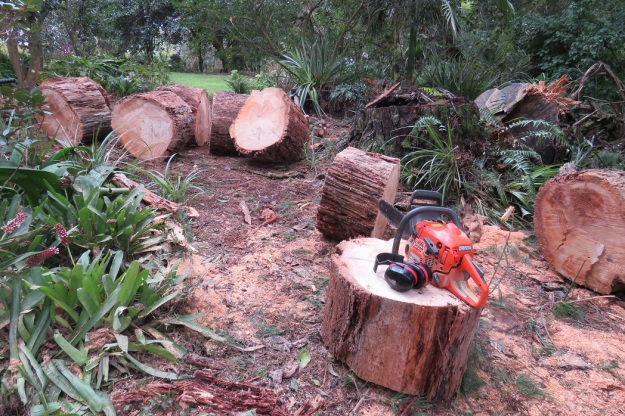 On Monday, we started clearing the paths. Surprisingly, there is quite a bit of good firewood in the centre of the trunk and by the end of the day, the pile of split wood in the shed was growing satisfactorily. There is nothing quite like the Squirrel Nutkin feel of seeing the firewood for 2017 already stacked and drying. 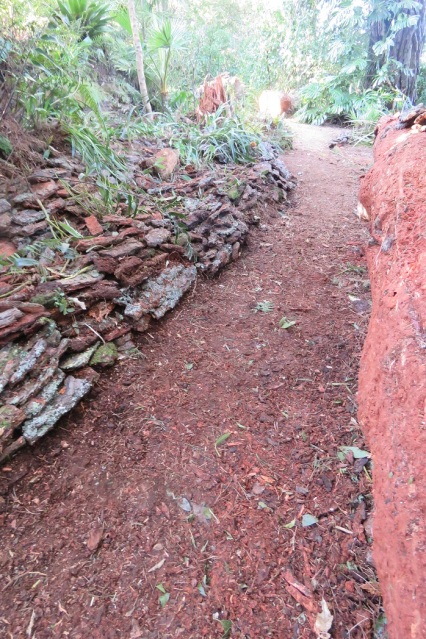 The longer lengths will remain in situ and we will garden around them. It is just a stumpery that chose to arrive. The main damage was to woodland orchids – dendrobiums and cymbidiums and some crushed bromeliads. I rescued most of the bits and replanted. There is no shortage of chunky wood chip to house all the orchid pieces. The pine bark we use as a natural edging, stacked as a low wall in places. It doesn’t break down so is relatively permanent while creating its own eco-system.  I planted the odd small fern and orchid piece on the length of log to hurry up the colonisation process.

It is a lot easier to garden with nature, rather than in constant battle to keep it under control. By Tuesday, it looked like this. We are fine with that. It will settle down again over the next month or two and look as if it has always been like that. 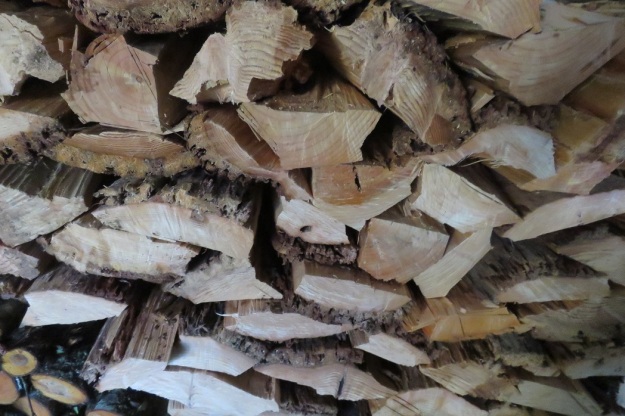 3 thoughts on “The Evolution of a Garden”