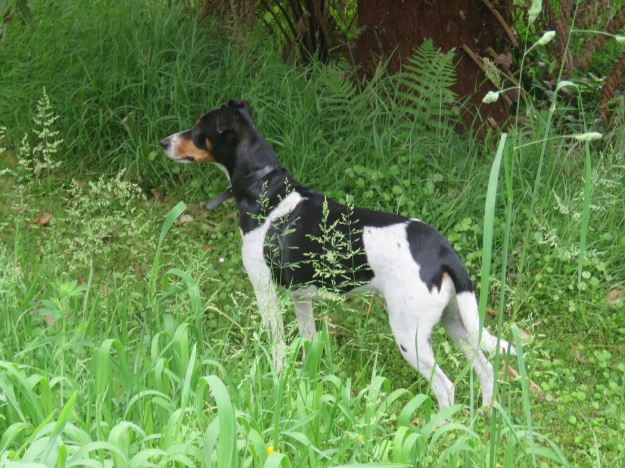 Things that go crash in the night. On a dead calm night, both of us heard the unmistakeable noise of a large branch falling to the ground. I was pretty sure it was not an entire tree because there was no whump as it hit the ground so it clearly did not bounce, as large trees usually do. Morning light revealed that it was as expected – a branch from one of our old man pine trees. In this case it must have fallen 30 or 40 metres to the ground and it appears to have taken out the two camellias that had more or less staged a revival from being clipped by the last two falling trees. 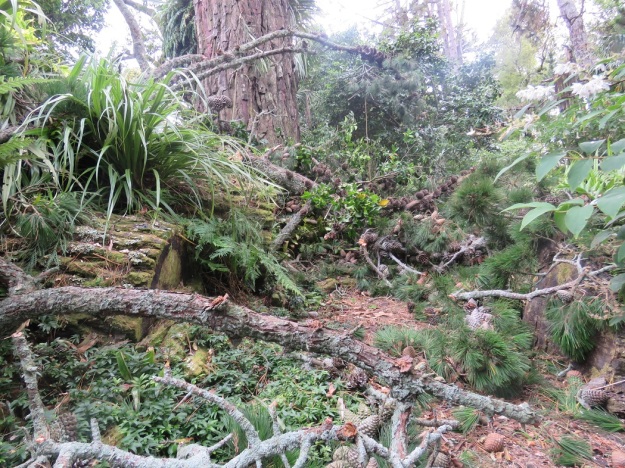 The damage from a falling branch

As usual, we will gather all the pine cones and get out what firewood we can but it appears that there is some surrounding damage this time.  We are philosophical. It is just part of gardening beneath huge trees that are now up to 145 years old. The fallen epiphytic collospermum may be a clue as to why the branch fell. There will be a big weight in just that chunk of vegetation sitting on the branch. The birds spread the seeds and they can germinate, grow and hang on for grim death up high. 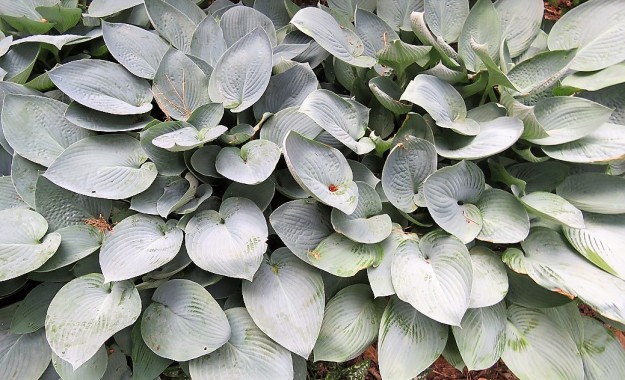 After last week’s post on Hosta Jade Cascade (which is settling in just as well in other parts of the garden where I planted it out), I have been looking anew at the varieties that are thriving on zero maintenance. Some of the enormous clumps will have been in 20 or more years now and just keep reappearing a little larger each season. A lot of our big blue clumps are unnamed, raised from seed – some of them from Hosta seiboldiana. 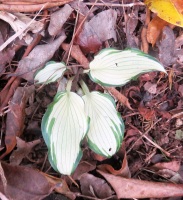 Hosta undulata variegata is getting smaller, I think, over the years

In a big garden, we need big clumps of plants to have an effect. In this area, the stand out gold is Goldrush, raised and named by Felix Jury. It is a terrific performer and puts up a good floral display of purple flowers. The blue is a seedling. Neither of us can name the variegated hosta which is not the showiest of varieties but it has done well and that is not to be sniffed at. There aren’t many variegated hostas that we have planted that have thrived in garden conditions under a regime of benign neglect. Too many, like this poor little specimen of H. undulata variegata have reduced in size over the years, rather than grown larger.

In the smaller growers, variegated Golden Tiara is again not particularly exciting but a very good garden plant. The blue green, little Flora Dora has increased freely and gold Blonde Elf has also surprised me with how well it has established for a very small grower. On the other hand, I haven’t seen dwarf Kabitan for a while so I wonder if it has shrunk away altogether, which would be a pity.

Of the variegated types, this one which I think is Guacamole from memory, is doing very well. It is a reverse variegation sport of Hosta Fragrant Bouquet. I will have planted out large specimens of the latter at a similar time as Guacamole but I have yet to find them in the garden, which means they are not growing as strongly at all.

Add Blue Boy as a good, reliable garden plant. We stopped growing it commercially towards the end of our time because there were other, showier, bluer cultivars that sold more readily but while they are not starring in the garden, Blue Boy is a strong survivor. That is my short list of top performers as garden plants that have caught my eye this week and that have proven themselves over several years. Oh, Add Sum and Substance which is surprising me by its willingness to grow suitably large in the spot where I planted it.

As a postscript to the hostas, these are grown with no slug bait or slug and snail control. We now have such a rich bird life that they enable us to grow these plants without having to protect them. Well, I assume it is the birds carrying out this task because there is no reason at all for us to have any fewer slugs and snails to start with than anybody else gardening in similar conditions. 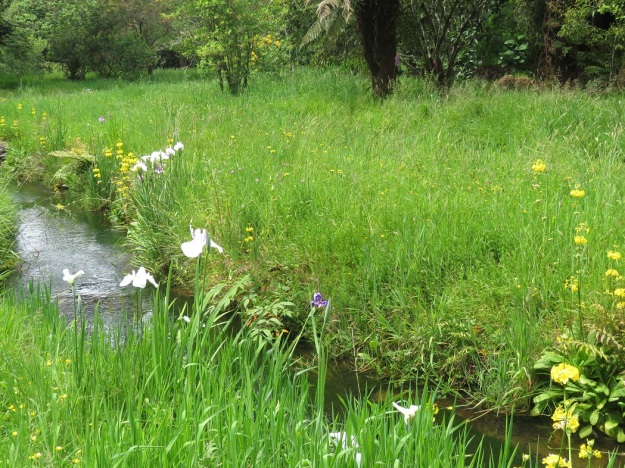 At the risk of repeating myself – but we all know that gardening is a seasonal activity that is, by definition, repetitive – the meadow below is bringing me great joy as the Higo irises all come into bloom, interspersed with the Primula helodoxa that has been at its peak for a full month now. What more can I say? 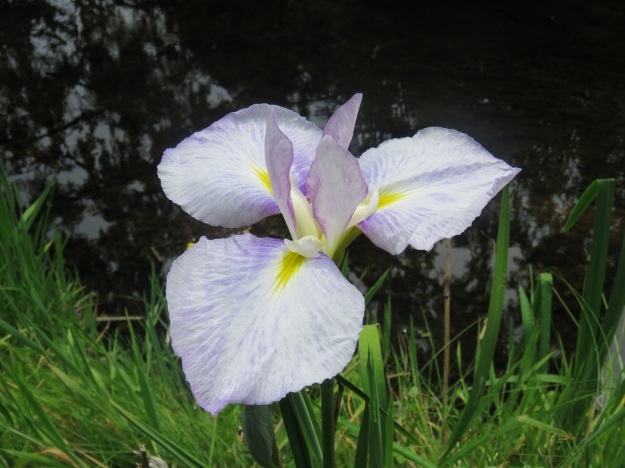 6 thoughts on “Tikorangi Notes: Things that go crash in the night, recommended hostas and our pretty meadow”