It is Sunday morning which means my thoughts have been focussed on the morning garden discussion with Tony Murrell on Radio Live Home and Garden Show. It is a little easier to be focussed at 7.45am than it used to be at our earlier time slot of 6.30am, even though we have less time now.  This morning the topic was originality in gardens. Is it over-hyped and how many truly original gardens have you seen?

I have seen a fair number of gardens now and met many gardeners who regard their own patch as showing great originality. While some show genuine creativity, that is different to originality. I only came up with four gardens that I have personally visited that I would describe as originals.

For most of us – and I include Mark and I in this – our gardens are a grab-bag of ideas from all over the place and from throughout history. The skills lie in how we reinterpret those ideas and make them our own. Some people don’t do even that. They just grab the ideas they have seen somewhere or read about and try and reproduce that at home. There is not much creativity in that.

Even Sissinghurst, that famous garden that has arguably had a greater influence on New Zealand domestic gardening than any other, is not an original. Hidcote was started 20 or 30 years before Sissinghurst and shows a similar approach to garden rooms in the Arts and Crafts genre. And if you go and look at the Moorish gardens of Andalusian Spain (the Alhambra is the most famous), you can see intimate garden rooms from a much earlier era. 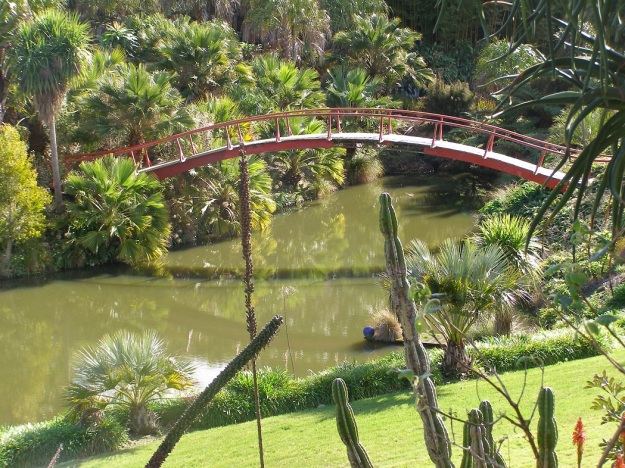 One photo can not do justice to a large, complex garden

So which four gardens did I come up with that have struck me as genuinely original without clear influences from identifiable places or earlier times? Two are in New Zealand. Paloma, near Wanganui, is the creation of Clive and Nicki Higgie and it is remarkable. Unique, even, and I do not hand out that accolade lightly. Not only is there exceptional plantsmanship looking well into the future, and a very personal creativity bordering at times on the quirky, it is what I would call an original vision. I can not think of any other garden that is like Paloma.

The same goes for Grahame Dawson’s industrial chic garden on a small urban section in Mount Eden, Auckland. I have never seen anything like it, before or since. It is what I would call an original created with great flair and panache. 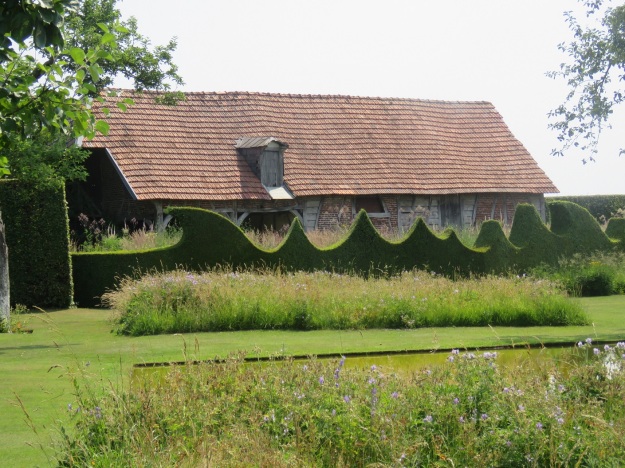 Overseas, Le Jardin Plume in Normandy (near, or near-ish, to Rouen) has stuck in my memory with great clarity. Other people have wave hedges but they tend to be of the undulating hummock style whereas Plume has these sharp-edged waves evocative of the sea breaking on the shoreline. The contrast with the loose plantings of tall, perennials is stark and effective. So too are their parterres of meadow an entirely new take on old forms. It is an innovative garden with some ideas that were completely fresh to us. Though, in the interests of accuracy, there were also areas which were not as unique. 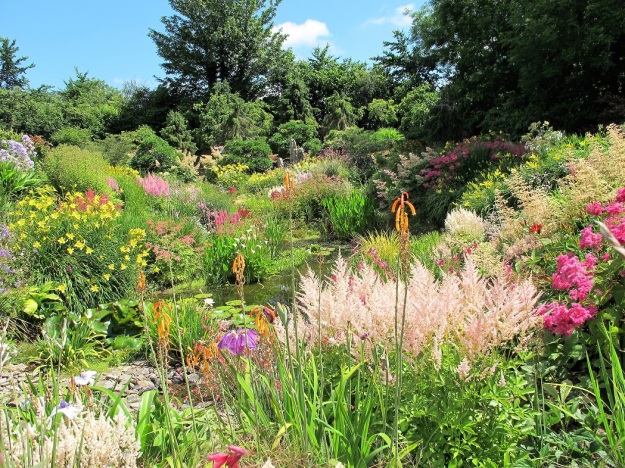 It may come as no surprise to regular readers that I also chose Wildside as one of the few totally original gardens we have seen. Keith Wiley has entirely resculptured his landscape on a surprising scale to accommodate his plants by creating different microclimates and habitats. He would be one of the most exceptional plantsmen we have ever met but also with a passion for colour, texture and putting the plants together to create vibrant pictures. We have not seen another garden like it.

What all these four gardens have in common is that they are private owned and gardened with great passion, joy and commitment by their owners. They don’t have sole claim to those attributes but it is also allied to personal visions that are as close to individual and unique as I have seen. Many of us are craftspeople in our garden, at times with considerable skill, flair and the ability to put our own stamp of creativity on the ideas and visions we have in our heads and hearts as well as to push boundaries. But to a rare few is given the ability to come up with something entirely fresh and new. Maybe they are the ground-breaking artists? In their own quiet way, in the quiet space of their own garden at least. And that element of originality is not always comfortable for garden visitors.

I have not included sculpture gardens because in most cases, the garden is the venue for the dominant art, not a situation where the garden can stand on its own as showing original vision. 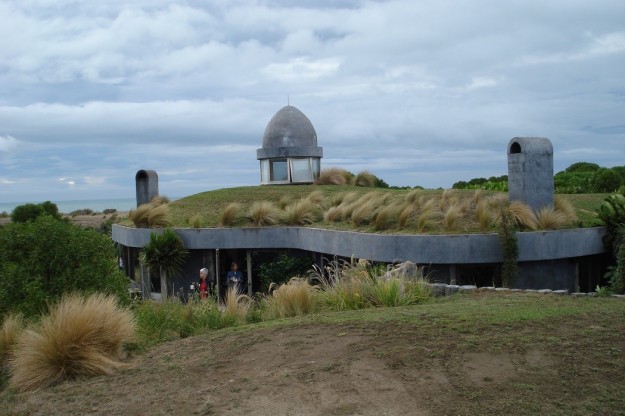 Nor have we visited the Garden of Cosmic Speculation or any of the Wirtz gardens. Landform as sculpture is a different aspect altogether and I haven’t seen enough to comment. I have seen one garden that took this approach in a naturalistic style and I have never forgotten it (years ago – read the fifth para down for a description). We usually seek out gardens that combine design with plantsmanship and working with nature to achieve beauty whereas it seems that landform gardens use the materials of nature to create sculptural form, often with minimal plant interest. When time is short, one has to set priorities in garden visiting.

Paloma is open by appointment and their website gives contact details. Grahame Dawson opens occasionally for the Heroic Festival in late summer but is not generally open. Le Jardin Plume and Wildside both have websites that detail their open days.

16 thoughts on “Originality – a rare quality”