The snowdrop season is all but over already. It is charming but brief. The narcissi, however, have a longer season, at least in part because we can grow a much wider range of species and hybrids. Yesterday felt like a winter’s day – the last gasp of winter, I hope – so I headed out to pick one each of the many different varieties in flower. We don’t grow many of the larger ones at all, preferring the charm of the littlies, the dwarf ones. Bigger may be better when it comes to magnolias – at least in our eyes – but daintiness wins with the narcissi. Most of these are named varieties though Mark is also raising cyclamineus seedlings to build up numbers for planting out and to get some seedling variation within them. The cyclamineus are the ones where the petal skirt sweeps back, sometimes completely reflexed, giving them a slightly startled appearance. He was intending to plant many of these down in the park but hadn’t got around to it so offered them to me for the new grass garden.

I have now compromised the big, bold, chunky planting in waves that is the hallmark of the new grass gardens by drifting hundreds of dainty, dwarf narcissi through them – though far enough out to escape being swamped by the large plants, for several years at least. It adds seasonal interest to an area that will not come alive again until later in spring. 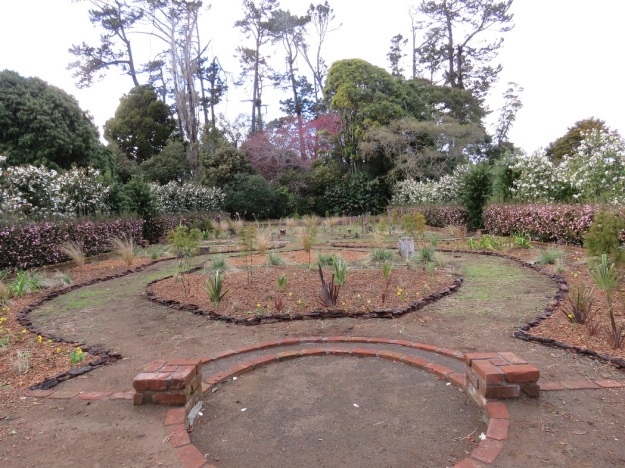 After much consideration as to how we wanted to complete the grass garden with regard to edging, mulch and path surfaces, we have gone for the casual, organic and local options. As soon as I started to load in the wood and leaf mulch that a local arborist delivered, I realised that the beds would need an edging to hold the mulch from spilling over. My idea of a seamless transition between bed and path was not going to work. We have pine bark to hand – left over from getting the firewood out from a fallen pine tree so I am constructing small edges out of that. It lasts for many years. The paths are still bare earth (we will probably use granulated bark on those) but as soon as I made the edgings and laid the mulch, it took on the appearance of a garden. It is a casual look but one that sits easily with us with the benefit of being low cost and, as Mark keeps saying, the use of organic materials adds carbon to the soils.

I am laying the mulch on fairly thickly – around a forefinger in depth which I measured to be about 7cm. Because it is fluffy, it will compact to less than that but if I see any weeds coming through, I can top it up. 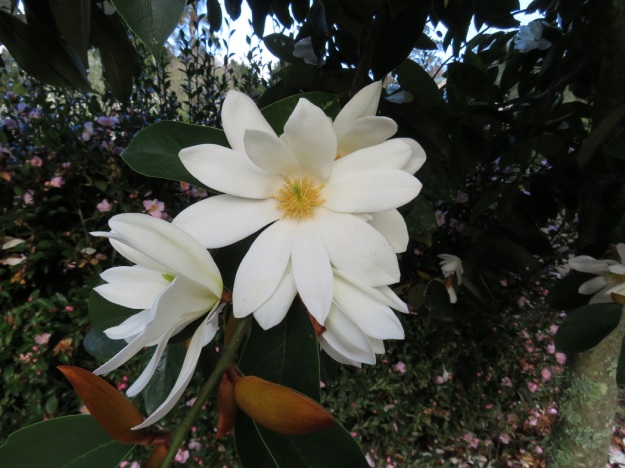 Mark is a quiet man, not given to blowing his own trumpet, but sometimes I hear him murmur a comment of deep contentment at a plant he has bred and named. So it was this week as we looked at the avenue of Fairy Magnolia White and Camellia Fairy Blush. “I picked White because it had a pretty flower,” he said. And it does. In a world of floppy white and cream M. doltsopa flowers, Fairy Magnolia White stands out with its beautiful star form. There were a lot of very similar sister seedlings to choose from in that cross and as a breeder, he always worries whether he picked the best one. I think he finally decided that he had indeed chosen the best which is just as well, when you think about it, because he will only ever name and release one of that cross

Camellia Fairy Blush, planted as a hedge beneath the two avenues of Fairy Magnolia White, is also a continuing source of satisfaction and delight to us, even if it is a constant reminder of a missed commercial opportunity. It was the first camellia he ever named and sold. Back in those days, protecting a plant as our intellectual property was not even on the radar and now Fairy Blush is sold widely throughout the world and few know that it originated here and was Mark’s selection. We have even seen it branded overseas with other nursery names but we know it is ours. That is life and it is a very good camellia and continues to be a source of pride and pleasure to the breeder. 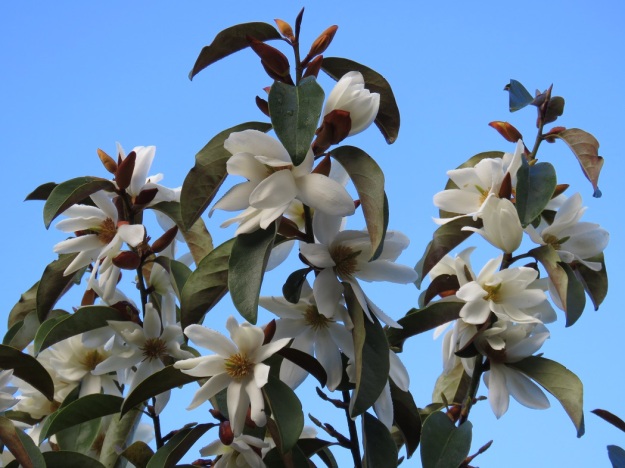