After two hot days in Melbourne last week, the temperature plummeted from 27 degrees to about 10 (Celsius). Fortunately, I had looked at the weather forecast and packed extra layers but I did wonder if I was going to have to buy myself gloves as my poor arthritic fingers complained. It was a day for indoor activities so we went to Melbourne Art Gallery instead.

It was the final day for the Escher exhibition and the queues were enormous so we avoided that and went instead to the Krystyna Campbell-Pretty collection of haute couture and Parisian fashion from 1890 to the current day. Now, haute couture does not feature in my life, I admit that. But staging exhibitions has been on my radar from earlier in my life when I worked in an art gallery for close to five years. With over 150 outfits on display, the first rooms were simply staged to feature the gowns. 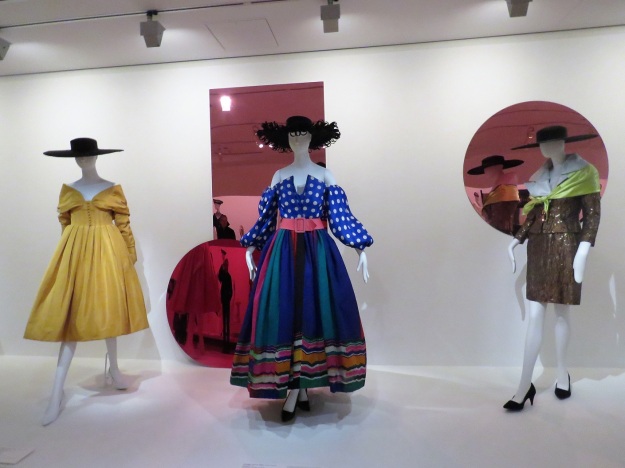 These are Christian Lacroix

I was pretty surprised to find that the fake fur coat dates back to 1955. I did not know that synthetic fabrics were being used that early but clearly Cristobal Balenciaga was right up with the new materials.

Over 150 gowns is a large number and I guess when I started photographing the models’ heads, my attention was already slipping. But then I noticed another aspect entirely. My guess is that the first gallery rooms were staged initially but then the exhibition designer and hanging assistants also found their attention straying and decided to step everything up several notches. 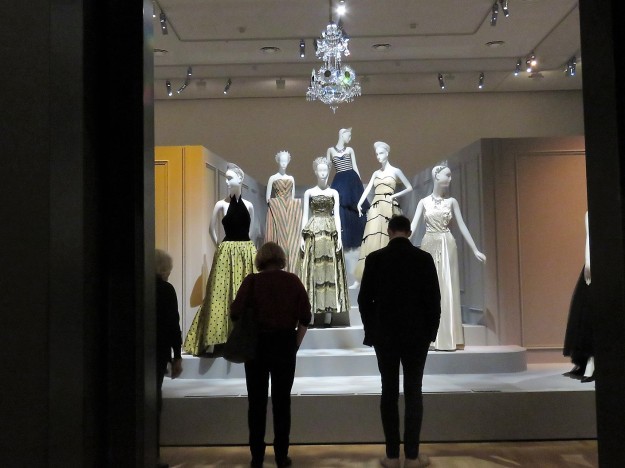 First it became somewhat theatrical in the staging. 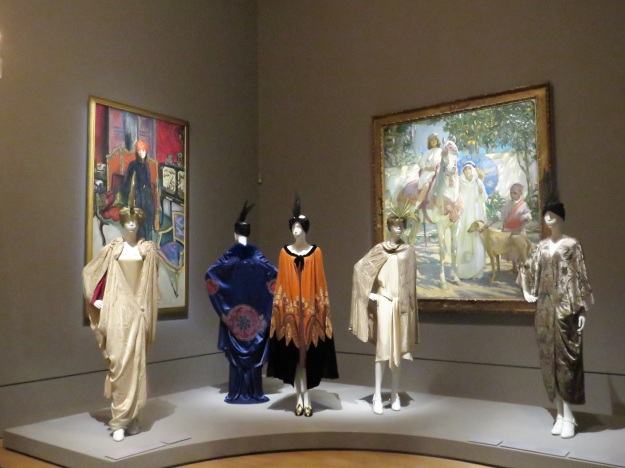 Then we came across examples where the models and gowns were clearly matched to the paintings on the walls. They were witty but it does mean that one’s eyes naturally focus on the whole scene, rather than on the individual gowns. Which is fine, after 100 or so gowns. 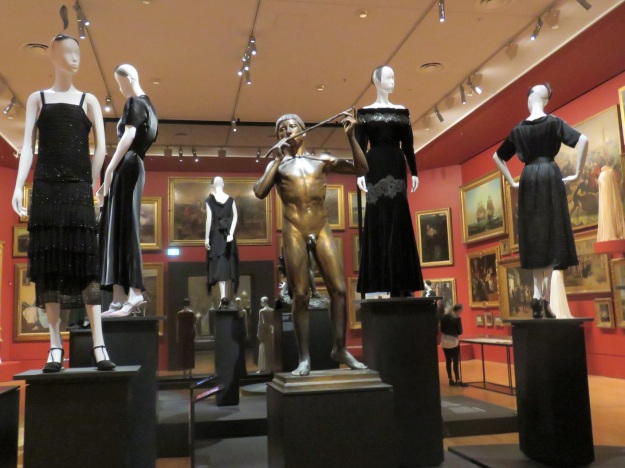 The gallery of the little black dress was Something Else. In the centre of the room, the models were staged with a collection of 3 or 4 smaller, nude men in bronze which was pretty humorous.

But around the walls, the gowns were arrayed on a series of rising platforms on the wall, and as they rose, the models became not only elevated, but also headless. 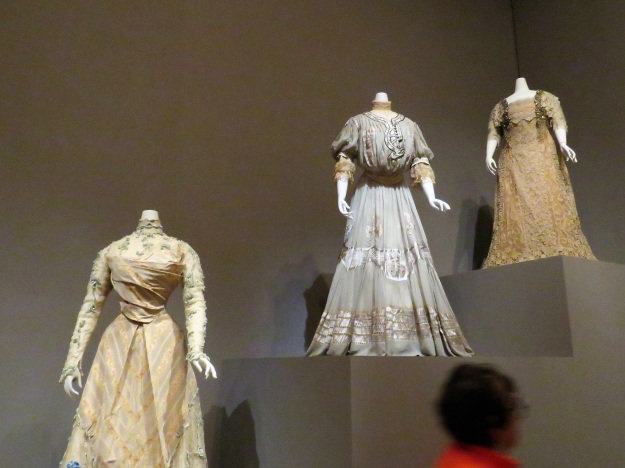 As we exited, I saw this display which had me come home and Google when bras were invented. These three gowns came from around 1890 to 1905 and the first and third gown presumably indicated the use of binding that pre-dated bras. The middle one, it appears from the shape, was for the bra-less – a 1905 afternoon gown from Marie Callot Gerber. And in case you are dying to know when bras appeared, the first models were around this time but they did not come into widespread usage until the 1930s.

If haute couture is not your thing, may I offer you this shiny motor cycle exhibit instead? It is by Indian artist Subodh Gupta, from 2001 and predominantly cast in bronze with aluminium and stainless steel. 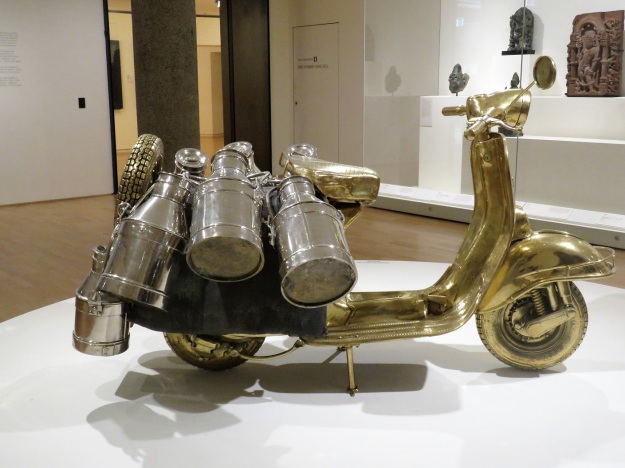