The deciduous azaleas certainly add vibrancy to the late spring garden as we enter November. They are not all so breathtakingly unsubtle. But I guess, were a plant to think like a human, if you are going to spend 11 months of the year being pretty insignificant, you might as well make a loud statement when it is your time to star.

In a small garden, deciduous azaleas are more back-of-the-border plants than specimen glories. They lack good structure and form and their foliage is rarely remarkable. They are prone to developing mildew on the leaves as summer progresses, certainly here in the mid north and I believe it gets worse the warmer the climate. Then the leaves drop in autumn – giving autumn colour in colder climates but not here – and all winter there is just a very plain, twiggy looking shrub.

They certainly don’t fit into a heavily-styled all year round garden where structure is deemed to be more important than seasonal colour. For these are plants that shout out to be noticed in flower and ignored the rest of the year.

The area of our garden that we refer to as ‘the park’ was first planted in the early 1950s, in the style then promoted by the New Zealand Rhododendron Association. Plants stand in solitary splendour which gives them their own space, plenty of air movement and the ability to be viewed from all aspects. While it has changed and matured over the intervening six decades, the deciduous azaleas still thrive in this environment with minimal attention.

We find they are more tolerant of heavier, wetter soils close to the stream than their evergreen rhododendron cousins, which can’t abide wet feet. Equally, we have seen them thriving very close to the coast. And when they bloom, their vibrant colours are surrounded by plenty of green which removes the need to worry about clashes. We do not get the same intensity of yellow, orange, tangerine and plum colours with big floral display in many evergreen rhododendrons. 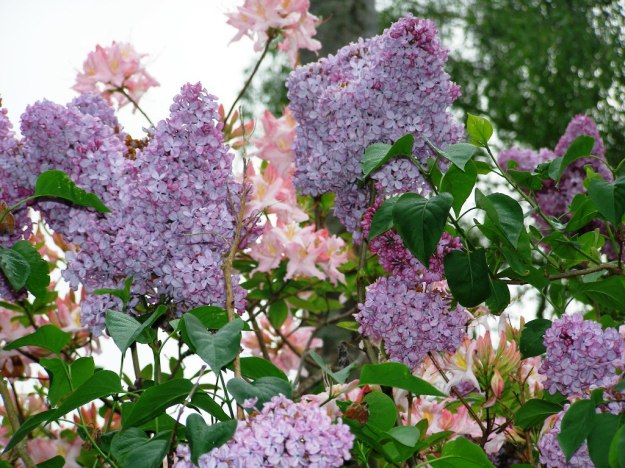 Many deciduous azaleas are strongly scented and this does not appear to be linked to colour as it often is in the wider rhododendron family where scented varieties are commonly in the whites and paler hues. But for those of more refined sensibilities, not all deciduous azaleas are in bright, unsubtle colours. Mark’s late father liked the softer colours and colour mixes, so we have some lovely varieties in paler apricot, almond and cream or white shades. Every year, we are delighted by the combination of a large old lilac bush that survives and flowers on despite this not being an area renowned for growing the syringia family, its many lilac plumes intermingling with a soft apricot azalea.

Azaleas are all part of the wider rhododendron family. Evergreen ones originate from Japan while the deciduous azaleas are much more widespread in the temperate world, being found in China, Japan, Korea, southern Russia and North America. Most of what are grown now are hybrids with very mixed genetics.They are often inaccurately referred to as Ilam azaleas or azalea mollis in this country. “Mollis” refers to a particular cross deriving from A. molle and A. japonicum, originating from early plant breeders in Holland and Belgium. The Ilam azaleas came from the breeding done in Christchurch but have strong links to the Exbury azaleas, also referred to as the Knap Hill hybrids. Then there are the Ghent azaleas, which originated from that area in Belgium. Confused? It is really difficult to disentangle when in fact the most accurate description is simply to refer to them as “deciduous azaleas”.

If you are a keen and patient gardener, you can raise them from fresh seed and you will get variation in the offspring. If you want instant plants, buy them when you see them offered for sale because they are not usually available from garden centres all year round.

Denis Hughes at Blue Mountain Nurseries in Tapanui, Southland, has been breeding, selecting and selling deciduous azaleas for many years. They are grown more widely in the South Island but will flower just as freely in the north. The nursery is now in the hands of his son, Chris, and they continue to offer a mailorder service, including azaleas. 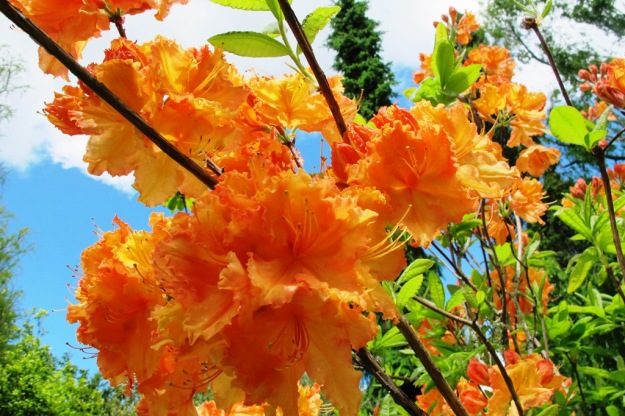 First published in the November issue of New Zealand Gardener and reprinted here with their permission.