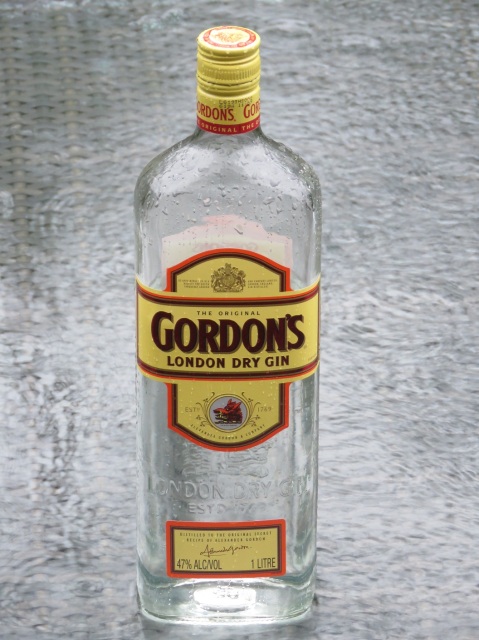 Christmas dinner conversation covered many topics but I wanted to test something I had read on the biochemist and the synthetic organic chemist at the table. The location was Canberra where we ate outdoors on a balmy evening and the temperature was still hovering in the late 20s Celsius as the night drew in.

Before leaving home, I had read the following passage in a new publication:

“You’re not trying to get your weeds drunk but the alcohol in cheap gin stops them in their tracks. Grab a bottle of spirits, mix with the juice of 2 lemons and spray on weeds.”

Discretion is the better part of valour so I won’t name the source of this advice but, as a gin drinker, it raised many questions. Where can I buy this cheap gin that is referenced? I wondered if it meant the diluted, flavoured gins that I see for about $15 at the bottle store but the Australian contingent tells me these are a New Zealand product and this advice seems more international, so maybe not. Why gin? Is it the juniper berries that are the magic ingredient or will any strong alcohol work as well? Is it really meant to be applied undiluted because around $30 to $35 for a litre of weed spray is extraordinarily expensive? What does the lemon juice do?

The biochemist and the synthetic organic chemist were more amused than anything else. They could not see any reason why gin should be more efficacious than any other form of alcohol. But none of us really wanted to sacrifice the Christmas gin to carry out field trials. Mark recalled the routine use of kerosene for weed control on carrots in his father’s day. When we arrived home, he found me the reference in the McPherson book, “Vegetable Growing in New Zealand”. It is so old, it doesn’t even have a date on it but the publisher was Whitcombe and Tombs Limited and it is a few decades or more since I have seen that name.

In case you want to know more about kerosene as a weed spray, it is advised to use it at full strength (!) through a high pressure nozzle at a rate of 40-50 gallons of spray per acre. Now you know.

Back to the matter of the gin. Given the lack of field trials, I turned to the internet. There were plenty of sites advising the use of gin as a “natural” weedkiller though none I found particularly credible. I admit there are limits to my interest in this topic so I cannot claim to have done exhaustive research. But I did ascertain the following:

One of the better sites I came across was The Garden Counselor. I particularly liked the comment: “I am not opposed to using vinegar as a weed killer, only the cavalier promotion of the idea.” Substitute the word “gin” for “vinegar” in that quote and it pretty much sums up what I think.

If you want to be purist and shun liquid detergents – also referred to as ‘dish soap’ in American parlance – in your homemade spray, you may like to check the ingredients of your pure soap substitute. I was shocked, I tell you, genuinely shocked when I checked the ingredients of many soaps recently. Even expensive, luxury soaps usually contain sodium palmate as the main ingredient. That is palm oil. Think of the orangutans and the issues regarding palm oil production. I am not sure about the justification of “from sustainable plantations” either. It seems to me that this just means the land has already been clear felled for monoculture. It is so hard being an ethical consumer these days.

As far as we are concerned, the bottom line is that if you want to avoid manufactured chemical weed sprays, hand weeding or boiling water are the best alternative eco-options. Also, there is still a desperate need for sound, well-researched and tested advice on organic gardening.

We drank the gin with lime and soda instead.

Setting the table for a summer Christmas in Canberra