It is indoors sort of weather

A friend on Twitter commented yesterday that she preferred global warming to climate change. And indeed we could do with some warming here – summer has still to arrive this year but we are certainly getting extreme weather events. These, I notice, are now styled as “weather bombs” and it was a fairly remarkable weather bomb that passed through overnight. Mark had to get the chainsaw out to clear the driveway from the fallen branch of Magnolia Iolanthe. Fortunately, it did not break the meandering but wafer-thin stone wall that edges our driveway. 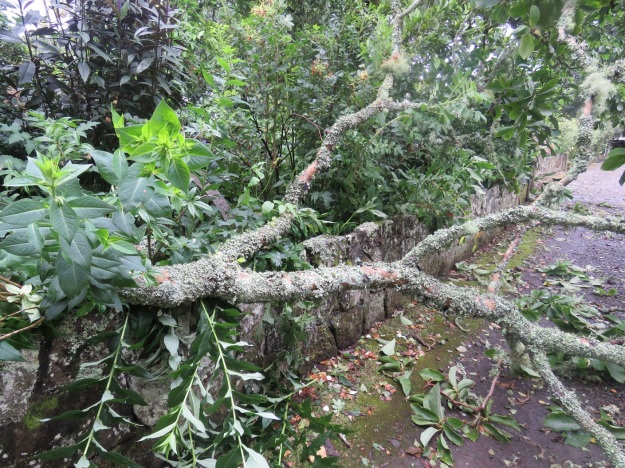 We had the next three days planned for a concerted swoop through the garden in preparation for a small UK gardening tour due on Thursday. While the garden is generally closed, this tour is coming through the Royal Horticultural Society – an organisation to which we have a few personal links and which has resulted in some really interesting and enjoyable garden visitors in the past. We maintain the garden at all times, but there are final grooming tweaks that make all the difference in presenting it well to paying visitors. We may be scrambling for the next few days with the added storm damage. Unless we get some of the elusive commodity this summer – uninterrupted sun – the lilies may not open in time to wow the visitors. 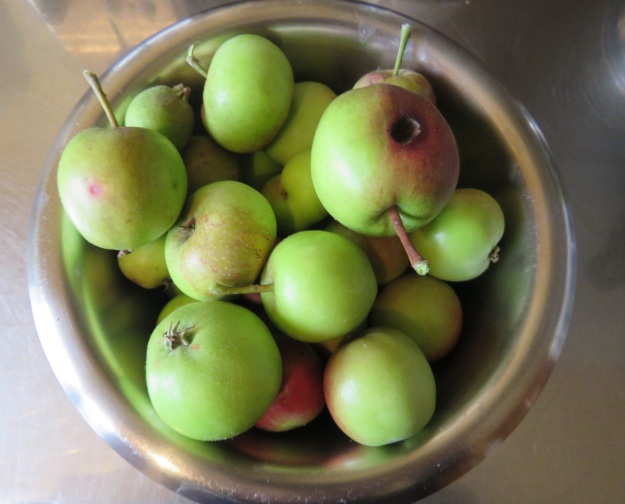 Yesterday was so miserable that I retreated to the kitchen, in part to deal with a surplus of Sultan plums. The tree is cropping very heavily this year but is not particularly flavourful. Mark put this down to his failure to thin the crop earlier in the season but I am sure the shortage of hot sun hasn’t helped, either. Jam, I thought. I shall make some Sultan plum jam, channelling my late mother-in-law who was the best jam-maker ever. These days I only make small batches – we are not great consumers of jam and a few jars for gifts are all I really need. I have learned that reducing the boiling time to set is what makes all the difference. Sometimes I resort to using the jam setting sugar which is, presumably, so heavily laced with pectin that it only takes 4 minutes of boiling to reach setting point. But I didn’t have any in the cupboard and it seems excessive to get in the car to drive to the supermarket for just one item. But fear not. I now know that one can make one’s own pectin by boiling up little green apples and those we have in abundance. I thinned some of the apple crops and chopped and boiled the fruit, using that liquid instead of water in the jam. 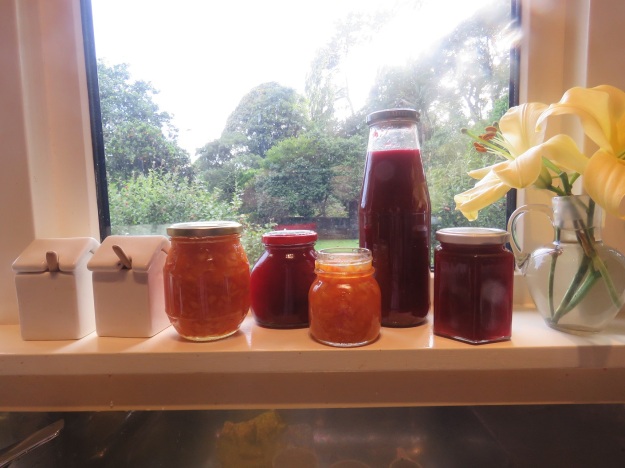 The result was a few jars of brandied Sultan plum jam though the brandy was a bit of a waste. I am not sure it is discernible except, maybe, to those with the most refined jammy palates. I then went onto fresh orange and ginger marmalade and finished up making some plum sauce. After all that, I felt so virtuous I opened a bottle of wine.

I wrote about the invasive, weedy nature of Commelina ‘Sleeping Beauty’ three years ago. Despite being vigilant weeders here, it is still making its presence felt. Not only is it a weed, it is a weed that is very difficult to eradicate. It has staged an appearance in odd places where it was never even planted. I found another three escapees of it this week. 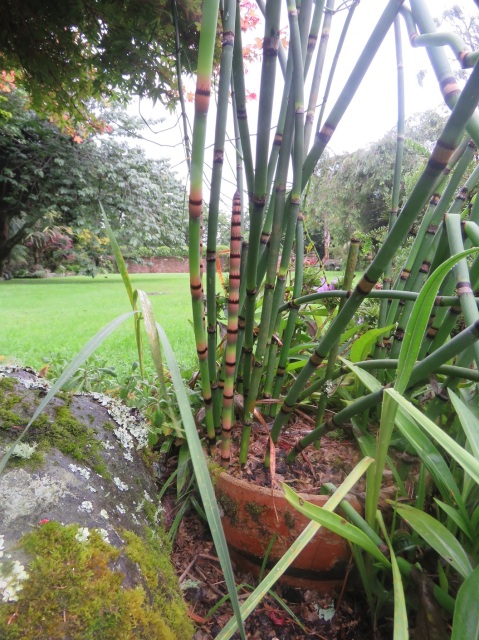 At least we knew the showy equisetum was invasive. I planted it in a pot because it was an interesting looking plant. It succeeded in breaking the first terracotta pot and making a bid for freedom but I was quick enough to nip that in the bud. This week, I will lift this second pot and get rid of it altogether. It is not good enough to keep sacrificing pots to the cause and it is a high risk plant. I asked Mark if he knew which species it was and he shrugged, saying he has zero interest in equisetums except he does know that it can be dried and used as a polishing agent, though we are talking about fine sandpaper polishing rather than furniture oil. We have another little equisetum that his father planted in the rockery and we have been attempting to eradicate ever since – for decades. We will not be inviting any more members of this ancient plant family into our garden. 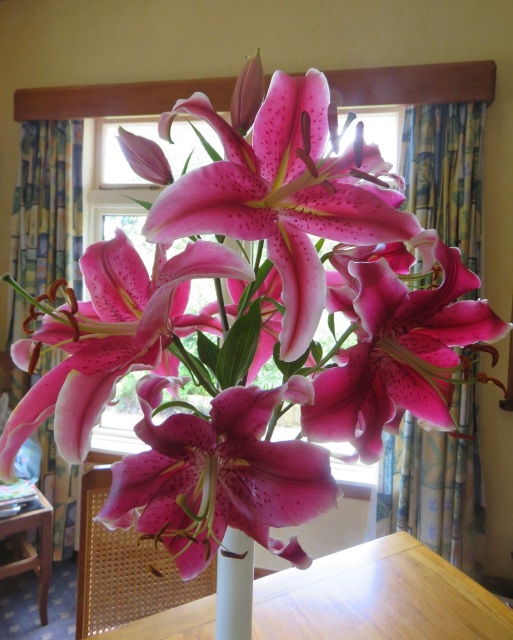 But will the auratum lilies in the garden open in time for Thursday’s visitors?