I went to town last Saturday on one of those glorious winter days we get here with its blue as blue sky and nary a breath of wind. When I say I “went to town”, I mean the small provincial city of New Plymouth which is about 24km from where we live. One of its claims to fame is the phenomenally long main street, called Devon Street. The first settler boats to arrive sailed from the English port of Plymouth, drawing on folk from South Devon and northern Cornwall in search of a better life. When Devon Street leaves the city limits, it becomes Devon Road and stretches out a great deal further along what has now become state highway. And on Saturday, I noticed just how many cordylines there are planted along the way.

Cordyline australis is by far the most common variety where we live and despite the ‘australis’ part of its name, it is a native tree of New Zealand. Local parlance still has these trees referred to often as ‘cabbage trees’ although the Maori name of Ti kouka (with macrons over the i and the o but I am not sure where macrons are on this keyboard) is increasingly widely used. Botanically, they are cordylines. 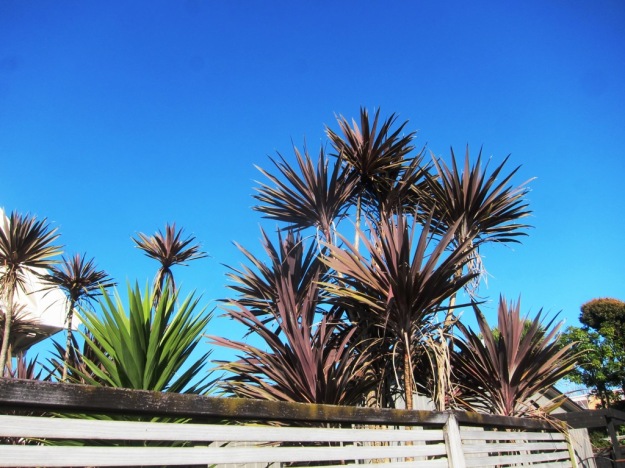 It was the purple version – Cordyline australis ‘Purpurea’ that caught my eye in a garden first. This is just a natural variant on the more common green form. The modern trend is to favour yuccas over cordylines as garden plants but I prefer our native plant. However, as we all know, the falling leaves play havoc with lawnmowers and too often the machine can come off second best. I have read several times recently of folk gathering the leaves, drying them out and using them as fire starters which seems a resourceful activity to me. 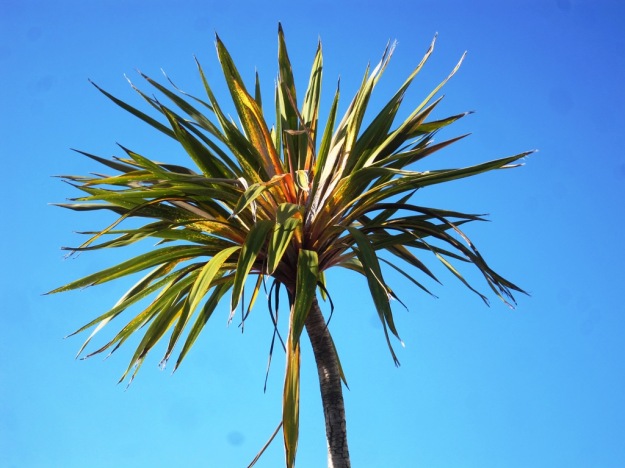 Certainly for those who crave perfection in their garden plants, our native cordylines can develop a motheaten appearance. Caterpillar damage from a native moth – Epiphryne verriculata – is typical in this country whereas the cordylines I have seen overseas, particularly in the UK where they are a prized plant, keep cleaner foliage. 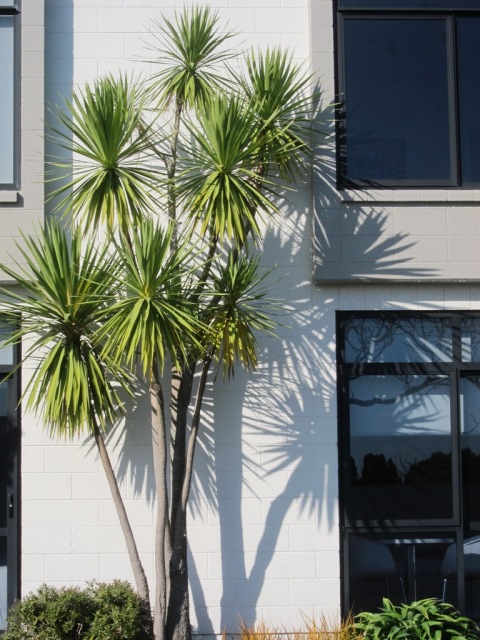 Along the road a little were cordylines planted outside the Devon Hotel, casting shadows on the plain wall behind. They were as sophisticated as any imported plant genus would be. They are also remarkably practical as an amenity plant because the multi trunks can be thinned as required without harming the plant. 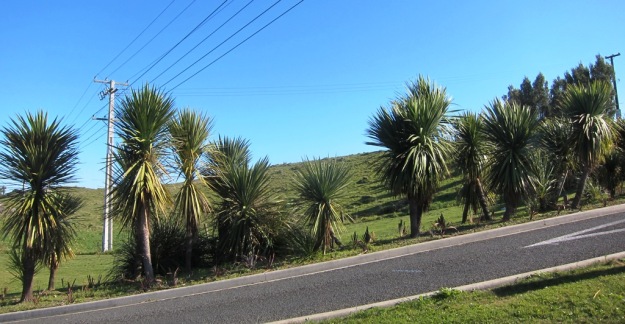 Heading out of town, I stopped by the recent planting of an avenue of cordylines leading up to the golf club. You may notice it is an informal avenue which seems a wise decision given that this is not a plant that is particularly cooperative when it comes to straitjacketing it into precision formation. It is much too individual and unpredictable to achieve rigid conformity. 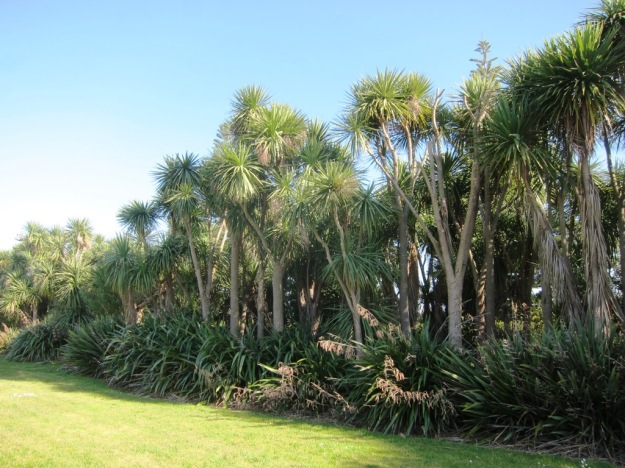 The established block beside the airport turnoff has been there for a fair time now. They were both eye-catching and appropriate when first planted and I think they are maturing well. The planting beneath is our native flax or phormium. 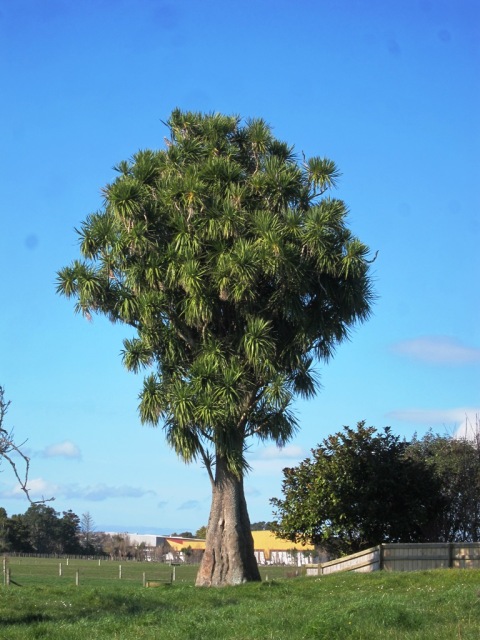 Cordyline australis at a grand old age near Waitara

The crown of glory must surely go to this solitary specimen standing alone in a paddock near Waitara. It will be many decades old – at least 60 years and quite likely more. It takes a long time for Cordyline australis to reach this stature and what a magnificent plant it is.

I have used my image of the tui feeding from the mandarin tree with the sunburst Cordyline australis “Albertii” before and it is in our garden, not Devon Road but I remain amazed that I ever caught this little scene on camera. 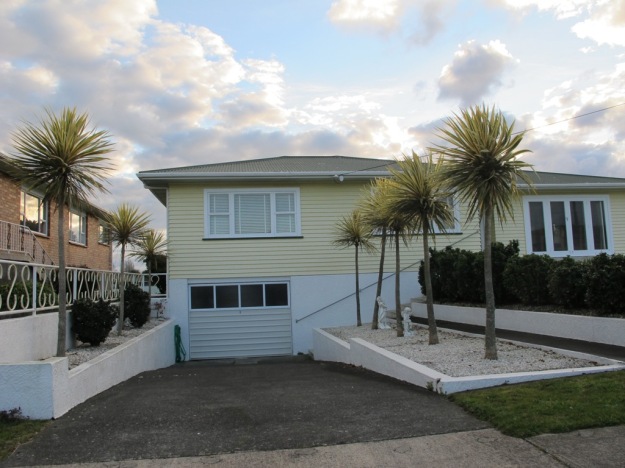 Finally, these Cordyline australis ‘Alberti’ are not on Devon Road and I felt sure I had shown them before but I cannot find where. They are on the main road through Eltham. The sunburst effect made me laugh on the day and they still make me smile.